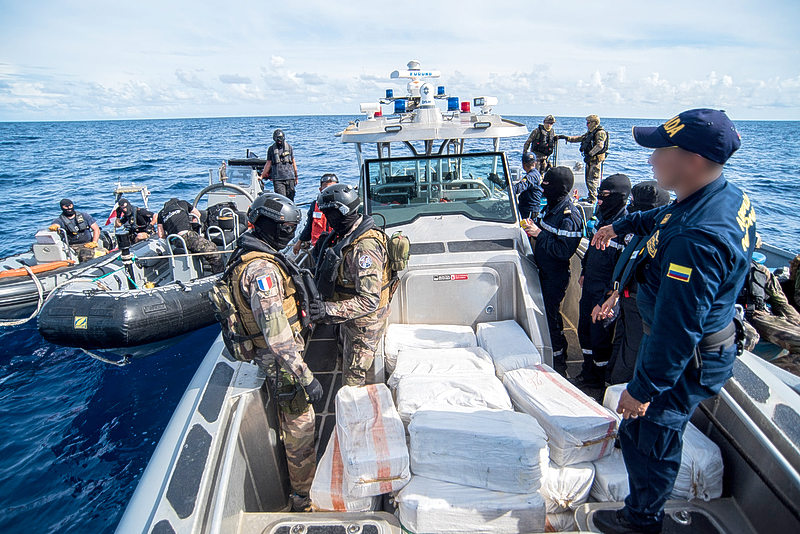 MARIGOT–The French Armed Forces of the West Indies assisted by the Colombian Navy seized 780 kilos of cocaine, some 110 miles north of the Guajira Peninsula, Colombia, following interception of a “Go Fast” boat by the surveillance frigate Germinal, the Préfecture of Martinique disclosed in a release.

Surrounded by the frigate and a helicopter overhead, a squad of commandos was deployed that rapidly arrested the crew and disabled the Go Fast. Despite the traffickers throwing 30 bales of the drug over board, all the bales were recovered.

Packed inside the bales were 3.9 million one gram sachets representing a street value of 47 million euros on the European market.

The haul was the biggest seizure of the year by the Armed Forces of the West Indies to date, which illustrates the capabilities and specific know-how developed and implemented by the Navy.

So far in 2016, 5.6 tons of drugs have been intercepted at sea by French forces in combined actions.