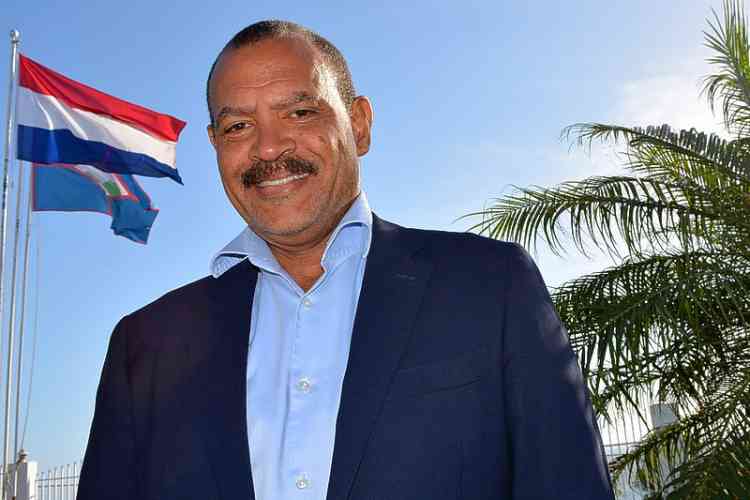 ST. EUSTATIUS–Central Government Commissioner Marcolino “Mike” Franco has ordered a concerted improvement programme in the government finances of St. Eustatius. To this end, he has recalled former interim Head of Finance David Ignacio and appointed Martin de Groot as interim advisor. De Groot has already taken up his post as of Monday.

“Continuity of government services to the public is a top priority. We intend to manage the business of government in a responsive and responsible way. We are looking forward not backwards. Many of the original plans to improve the island’s infrastructure such as roads, waste management and erosion will be implemented very soon. Road improvement has been slightly delayed for sensible reasons until June to accommodate the laying of power cables,” Commissioner Franco explained.

Other issues such as the harbour, airport, nature and economic development will be tackled in an “imaginative yet highly effective way,” he stated.

“As Commissioner, the dual role of acting as Executive Council and Island Council is difficult,” Franco admits. “Politics is about who gets what, where, when and how. But it is what it is. We have some great talent and skills within the civil service of St. Eustatius and we intend to prepare our administration in readiness for political elections within the next two years.”

The Commissioner has 20 years of government experience in Curaçao and was chairman of that island’s Parliament from 2012 to 2016.

“Every democratic society needs a political system to express consensus in society and St. Eustatius is no exception. I realise that the political parties on the island feel disenfranchised and I feel their frustration. Transparency in communication is vital and my door is continuously open to them.”

Since his appointment on February 7, Franco has chaired two meetings with his Advisory Board and one with representatives of most of the main foundations on Statia.

“My impression from these talks has been extremely positive. There is much work to be done to fulfil all the wishes and needs expressed in these conversations. But we shall deliver the continuity and support for those foundations. Their work and daily contribution to the community of Statia is much valued.”