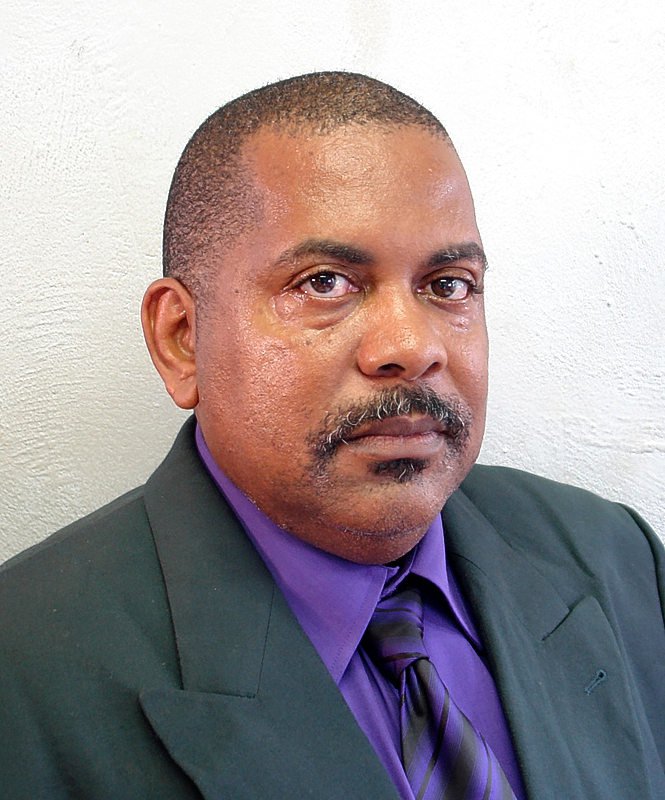 ST. EUSTATIUS–Commissioner of Constitutional Affairs Derrick Simmons said he was “pleased” to present the white paper “On the Road to Autonomy” and the draft-constitutional framework “Elements of a Draft Constitution” to the Island Council last week Tuesday.

“I wish to thank all those who have contributed to these two historic documents being prepared. I want to particularly single out the local Constitutional Committee, Carlyle G. Corbin, Denicio Brison, and others for their continued hard work and advice,” the Commissioner said.

He said that having these documents debated and ratified by the Island Council on Tuesday was the “first, important step towards attaining the island’s rightful constitutional status, in line with the wishes of the population.”

The white paper examines the “desire” of the people of St. Eustatius to achieve an autonomous political status within the Kingdom of the Netherlands. It draws attention to the fact that Statians have “systematically formally expressed their preference over the years, but instead were given the status of partial integration when the Netherlands Antilles was dismantled in 2010. It also clarifies that the financing of the autonomous arrangement can and will take place within the normal budgetary process, as stated in the BDO accountancy study, and emphasizes the importance of self-determination within the Dutch and international context.”

Simmons said the white paper concludes with an examination of the “unusual circumstances” surrounding the removal of the Netherlands Antilles from the UN list of non-self-governing territories, and lists short and medium-term actions towards Statia’s re-registration on the UN list, and a clear plan to increase regional awareness of the island’s right to “genuine” self-determination.

The constitutional framework titled “Elements of a Draft Constitution” was prepared to reflect on the transition from the public-entity status to an autonomous country within the Kingdom, which Simmons said, was “consistent with the results of the 2005 political-status referendum in which the electorate voted for a restructured autonomous arrangement, and the subsequent 2014 referendum in which they similarly selected the status of autonomy within the Dutch Kingdom.”

In giving effect to the results of both referenda, of which those in the 2014 referendum were declared invalid as the threshold was not met, the document has been written “consistent with the constitutional arrangements presently in place in the other autonomous countries within the Kingdom: Aruba, Curaçao and St. Maarten.”

There are also specific differences mentioned owing to Statia’s population size, the accompanying capacity-building requirements, and the interest in achieving “a genuine autonomous-governance model free of democratic deficit,” he asserted.

Commissioner Simmons explained that “Elements of a Draft Constitution’ seeks to integrate the recommendations of the white paper, “which sets forth specific aspects of an autonomous association that comply with international law and principles, in particular the minimum standards of the UN Charter, relevant resolutions of the UN General Assembly, and the self-determination aspects of the core human-rights conventions. Of particular relevance are the minimum standards for full self-government under autonomy contained in Resolution 1541 (XV).

If the recommendations in “Elements of a Draft Constitution” would be followed Statia would become an autonomous country within the Kingdom with the retention of Dutch nationality and its own constitution with what Simmons described as a “unique” government structure.

“The constitution would provide for the full exercise of executive and legislative authority over internal affairs, while providing ample space for relevant technical assistance, in particular the required building of capacity.”

The document also provides for the transition of powers to Statia which currently are being exercised by the Dutch Government, and formerly by the Government of the Netherlands Antilles, of which Statia was a part until 2010, Simmons explained.

Additional features include a dispute mechanism, an adjusted role for the Island Governor, and an Audit Chamber as a financial supervisory mechanism similar to the other autonomous countries in the Kingdom.

In line with agreements made with the Dutch Government to have a dialogue, including a round-table meeting, Commissioner Simmons will be having meetings in the Netherlands next week. During his visit, he will provide Dutch Government representatives with the documents that were approved by the Island Council on Tuesday, April 11. He will also seek to receive a response to the letter sent to Prime Minister Mark Rutte in which Statia formally protested the island’s embedding in the Dutch constitution.

Statia’s delegation will also meet with other Dutch Ministries to discuss their involvement with executing the Economic Development Plan (EDP) and the capacity building required to achieve an autonomous status.

“The process moving forward will include local and regional engagement and dialogue, education of the population regarding the constitutional process, and implementation of the EDP. Besides those actions, it is always important that the government makes sure that continued improvements to the current functioning are being made, so that the organization is prepared for the future status,” Simmons concluded.