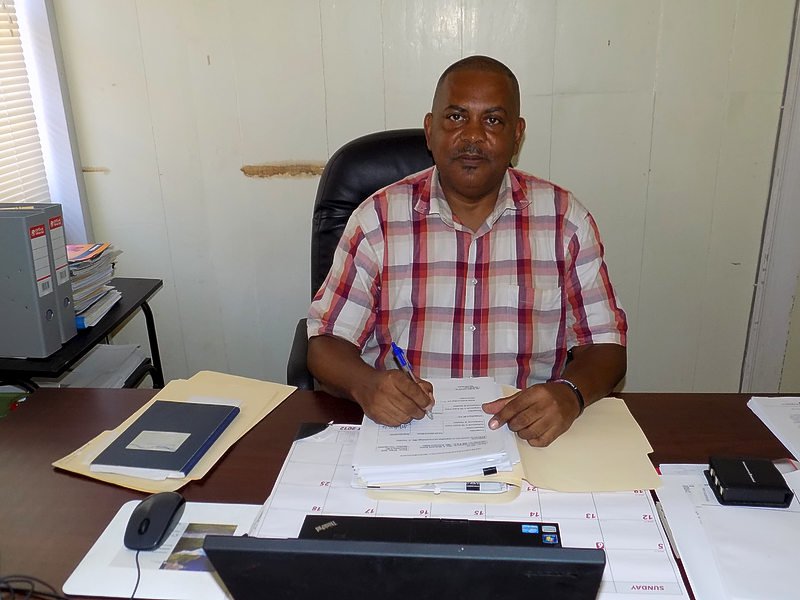 ST. EUSTATIUS–Commissioner of Constitutional Affairs Derrick Simmons said that the outcome of the visit of the Ministry of Home Affairs and Kingdom Relations BZK to the United Nations as described in a letter by Minister Ronald Plasterk of May 11 seems to confirm the position taken by the Government of St. Eustatius with respect to the obligations of the Government of the Netherlands under the Kingdom Charter and UN resolutions.

“It really didn’t bring anything to light that wasn’t already known about said obligations and the decolonization process within the Kingdom of the Netherlands. As such, it supports the two motions as adopted by the Island Council on Tuesday, May 9,” the Commissioner said.

“These motions basically declare all legislation and/or actions of and by the Dutch Government which are in conflict with the UN Charter and resolutions, including the Charter of the Kingdom of the Netherlands (Statuut), the WolBES, the FinBES, and the imposed higher/preliminary supervision and other interference as inoperative,” Simmons said.

Institutions such as the UN are “very cautious and use very diplomatic language,” he explained. Commissioner Simmons said that the quoted response of the Department of Political Affairs to the questions posed by the ministry’s delegation regarding the right to self-determination should come as no surprise.

“The response basically, and in a very polite way, indicates that the UN’s position with respect to this matter has already been determined by binding resolutions which they do not wish to, nor need to revisit, and since obligations under the UN Charter are peremptory and the related resolutions are binding, this matter is settled.”

Simmons said that Statia will, therefore, proceed to exercise its right to self-determination and a full measure of self-government, and the Dutch Government, as a law-abiding member of the international community of nations, should “dutifully” comply with its obligations under the UN Charter and resolutions.

“Failure to do so could trigger the provisions under Article 6 of the UN Charter, with all possible consequences for the position of the Netherlands’ membership to the UN,” the Commissioner said.

Nevertheless, he said that he is looking forward to the meetings with the technical and political representatives of the Dutch Government this week, as well as to an “interactive” information session with Statians living in the Netherlands.

Commissioner Simmons said he is also looking forward to having talks with Statians and others who are willing to come to the island and make a valuable contribution to the quest towards autonomy. “Public awareness and education is crucial in the current process,” he added.

The Constitutional Committee which advises him is in the process of organizing an interactive public information session on the island to inform the population of the current developments. As a part of this information campaign, constitutional legal expert Denicio Brison will be on the island on May 28 to provide an “in-depth” explanation about the obligations of the Dutch Government towards Statia under the UN Charter and resolutions – in particular Article 103 of the UN Charter – and the rights of Statia.

Brison has been meeting with legal scholars and political representatives on the other Dutch Caribbean islands during the past weeks, with the objective of bringing awareness about the islands’ rights to self-determination and a full measure of self-government and the Dutch Government’s obligation to fully comply with the UN Charter and resolutions and “unconditionally” respect those rights, Simmons said.