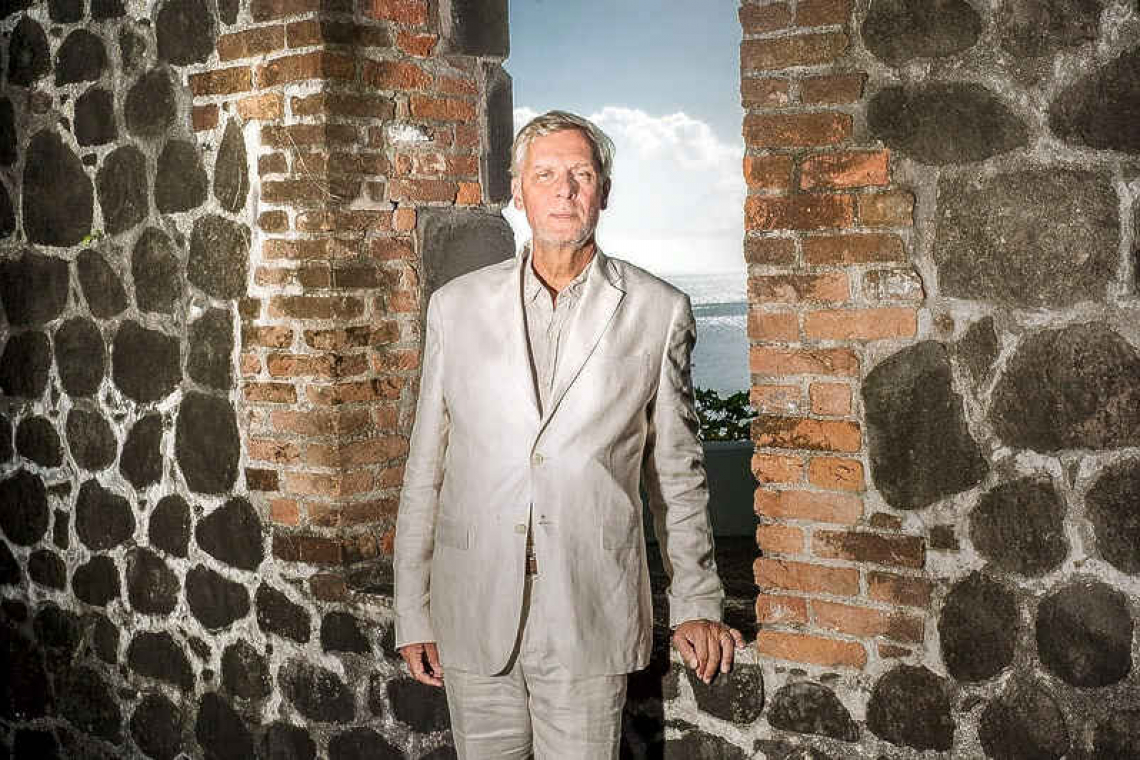 AST. EUSTATIUS–Government Commissioner Marnix van Rij has been appointed interim chairman of the Christian Democrat CDA party in the Netherlands, it was announced Saturday afternoon, April 3.

One day later, Van Rij said he had made a difficult decision. “I have been asked by my political party [CDA – Ed.] in the Netherlands to help them out in a severe crisis,” said Van Rij, who became a CDA member when he was 23 years old.

He said that the political situation in the European Netherlands is “very unstable” at this moment. “I, therefore, feel that it is my duty to contribute in this very difficult situation for the kingdom in my new role.”

“I take this opportunity to thank all Statian residents, for giving me the honour of steering us through the unexpected pandemic these past 13 months,” Van Rij said. “The island is since October 21 COVID-free due to a carefully mapped out strategy developed by the COVID-19 crisis team in close consultation and collaboration with the different stakeholders locally, regionally and in the Netherlands.

“In the meantime – together with the public sector, private sector and the community – we have achieved a great deal in other areas. Phase One of the restoration of democracy culminating in the installation of a democratically elected Island Council and the realisation of a lot of projects that will lay a more solid foundation for the further development of St. Eustatius.”

Van Rij said that he realised that his role as government commissioner was too short to complete the second and third phase of the Restoration Act Services St. Eustatius 2020, “but I assure you the foundation is already laid.”

Van Rij said that Deputy Government Commissioner Alida Francis is the “stable factor of continuity.” He said he will remember this last year as a challenging year professionally, “due to COVID-19, but also as a warm and enriching year thanks to the team and all Statians who have the best at heart for the island”.

He gave the Statia community one piece of advice. “Please, continue to work together and with the government. This is in the best interest of building a stronger Statia for the benefit of all.”

As interim CDA-chairman he will be assisted by former Minister of Defence Ank Bijleveld. He is to remain party chairman until the CDA party congress which will be held at the end of this year. Van Rij also was CDA chairman from 1999 to 2001.