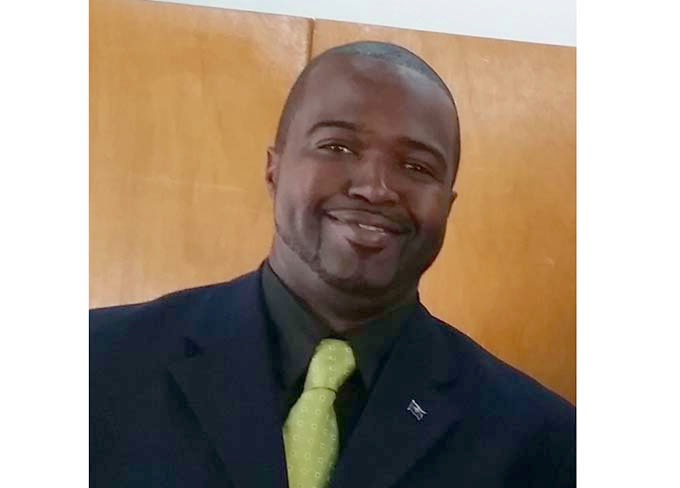 ST. EUSTATIUS–Commissioner of Finance Charles A. Woodley spoke about a range of issues and meetings he recently held. He started off with the general meeting of shareholders of the Development Bank of the Netherlands OBNA on Curaçao during which the annual account of 2015 was approved.

Woodley said it became “clear” that OBNA is not, and has not been functioning as it should over the years, and “that it certainly has not brought any tangible benefits to St. Eustatius.”

For this reason, Statia intends to withdraw its participation from the institution in order to directly invest into the long-term economic development of the island, the Commissioner said.

“This will include studying the establishment of a local bank as part of the Economic Development Fund structure currently being prepared,” he explained.

The Government of Statia will discuss this matter with the Dutch Government during the upcoming visit to the Netherlands by a delegation headed by Commissioner Derrick Simmons later this month.

A feasibility study for an autonomous Statia to be carried out by advisory and accounting firm Binder, Dijker, Otte (BDO) was discussed with Hyden Gittens of Versant Resource Center (VRC). Gittens took part in the discussion in his capacity as leader of the accounting team charged with adjusting the draft budget for 2017, and the temporary outsourcing of the Finance Unit.

BDO made a presentation on the draft proposal, including two alternatives for carrying out the study. A crucial part of the research will consist of gathering specific and detailed information on the money spent on Statia by the different Dutch ministries, Woodley said.

To date, the details of the cost and funding structure for Bonaire, Statia and Saba, other than the amounts of the free allowances remain unclear, he said.

“Besides, the need for analysing the efficiency and necessity of certain expenditures, it is not clear which part of the total cost listed in the National Budget is spent on overhead costs, like travel and lodging expenditures for Dutch civil servants, and special allowances, such as housing, relocation, and car allowances for those same Dutch civil servants visiting and/or working on the islands,” the Commissioner explained.

Woodley said that in light of recent “revelations” that all Dutch civil servants travel business class on flights exceeding six hours, it is very important that the costs and funding structure is specified.

“In doing so, we can establish what the true operational costs of the island are and create realistic multi-annual budgets,” he explained.

Based on the meeting, Woodley said it was recommended that the Executive and Island Councils approve the final proposal by BDO, so that the data-gathering at the Dutch Ministries can start as soon as possible. This process is expected to commence in conjunction with BDO the Netherlands during the visit of the Commissioner’s delegation to the Netherlands.

Last week’s meeting hosted by Committee for Financial Supervision CFT was aimed at having an exchange of information required for amending the 2017 draft budget by VRC. During the meeting accounting details were discussed with KPMG, who prepared the first 2017 draft budget, from which Minister of Home Affairs and Kingdom Relations BZK Ronald Plasterk withheld his approval.

“The more technical matters related to the budget 2017 and related topics were discussed, and additional clarification on the current status and next steps in the process was provided by CFT and KPMG,” Commissioner Woodley stated.

A meeting with business software provider AFAS was aimed at clarifying long-standing issues regarding the implementation and use of the AFAS system throughout the entire government organization.

“Since the purchase of the programme three years ago, only two of the many functionalities have been used by Government, not including the document-management system,” Woodley said. “As a result, much money has been wasted, and time lost, and the system has not been used to its full potential to the benefit of the government apparatus and its clients: The civil servants and the general public.”

He said it had become clear that this situation was largely caused by the lack of communication, transparency, and decision-making on the part of previous commissioners and heads of Finance.

“It was agreed that AFAS will visit the island to start the implementation of additional modules and personnel training. The visit will be in conjunction with a scan of the entire Information and Communication Technology (ICT) situation during a site survey by an independent consultant. This survey will result in a policy and implementation plan for the ICT unit, including the recruitment of staff, purchasing of additional hardware and a new network structure,” Woodley explained.

He stated that the results of all these meetings are aimed at improving the functioning of Government and its financial management and the economic development of Statia. As such, he disclosed that the activities and financing are similar to those that were included in the Plan of Approach.

“Seeing that the Executive Council considers these activities to be the priority and responsibility of the Island Government, and the Dutch Government has not reserved any funding for the Plan of Approach in its own budget, a proposal will be made to the Minister of BZK to fund these and related activities with unused funds categorized under the so-called ‘Donner Monies’ and ‘WolBES/FinBES Monies,’” Commissioner Woodley said.