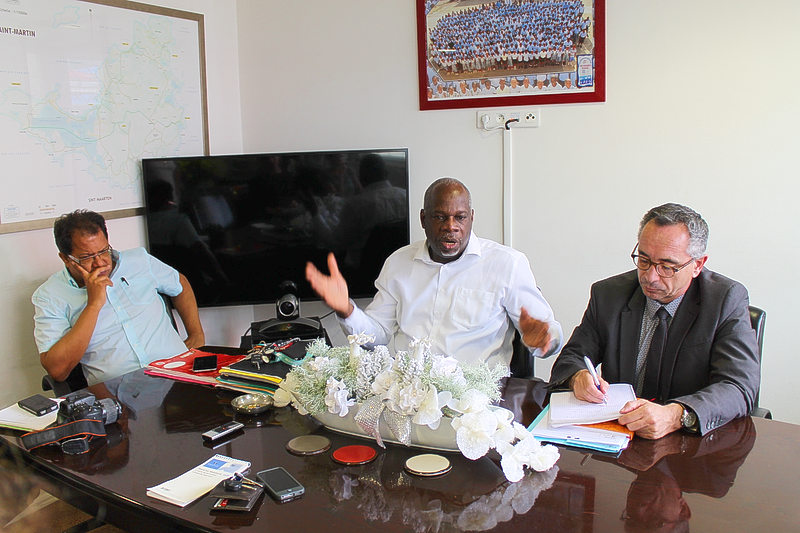 MARIGOT–First Vice-President Guillaume Arnell disclosed Monday that a committee will be formed to review, study and address problems associated with maritime transport; in the first instance focusing on transport to the small islands such as Pinel for a duration of three months.

During this period, the four ferry captains will continue to offer service to Pinel exclusively. The authorisation to allow a fifth operator on the same route has been suspended until the studies are completed, but has not been cancelled.

This is the crux of the agreement reached between the Pinel ferry captains, the Collectivité and the Prefecture, following three meetings that were held Friday, Saturday and Monday. The meetings brought an end to the near-week-long strike in protest at the fifth operator having been given authorisation to work on the Cul-de-Sac to Pinel route.

Arnell said the meetings had been held in a “cordial atmosphere with no friction” and both negotiating parties had come to a mutual understanding on how to move forward.

The ferry captains had presented their case: that the ferry service was created in the 1950s by family members in Cul-de-Sac, that they had been promised by Mayor Albert Fleming that the service would remain as four boats and that succession would be handed down from father to son.

However, Arnell said no record of this agreement with Albert Fleming could be traced. Only documents relating to the use of the jetty, the passenger tax and exoneration of turnover tax TGCA could be found.

Arnell added there are obligations on both sides now to ensure regulations pertaining to maritime transport are adhered to.

“We have put the onus on the ferry captains to provide us with the figures, the proof that the service does not warrant a fifth operator, which they did not do before when asked by Maritime Affairs. For our part, they want us to show proof of the decline in the economy. Aside from that, there are other issues related to training, security, safety, licences, certification that all have to be addressed for running a ferry service,” he said.