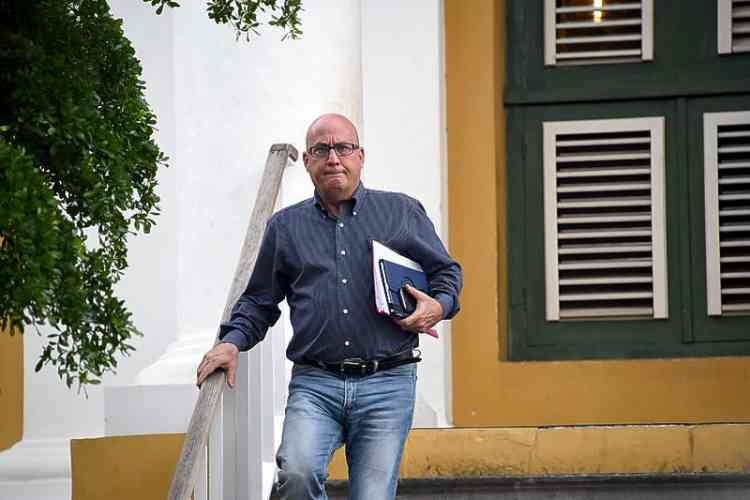 WILLEMSTAD–The Court of First Instance in Curaçao imposed forty hours of community service on Norman Serphos. In case of non-compliance, the former spokesman of the Prosecutor’s Office will have to spend twenty days in prison, the Court decided Monday.

The Judge considered it legally and convincingly proven that Serphos in violation of the truth had filed a report with the Curaçao Police on December 20, 2018, claiming that his Facebook account was hacked.

During the April 1 hearing in this case, Serphos confessed that he had made a false statement to the Police. “Contrary to what I told the police, my Facebook account was not hacked. I knew that had not happened. Following W.A.’s death I posted the Facebook message myself,” Serphos said.

Attorney-at-law Didi Wildeman had pleaded with the Court to pardon her client and to dismiss the case against him. The lawyer argued that her client had placed the Facebook comment on impulse and based on emotion in response to a message in which a very derogatory opinion about him was expressed. As a result, he was threatened with death several times.

Wildeman said Serphos had not dared to admit that he had posted the comment himself. He had acted in a “state of emergency” and at that moment had served a “higher interest” in protecting his safety, his health and his life.

The lawyer’s pleadings were dismissed as the Judge did not find it likely that Serphos, due to death threats in response to his Facebook comment, was forced to report that his account had been hacked.

According to the Court, the case file showed that Serphos had not deliberately filed a false report to guarantee his own safety and for that reason had wanted to disguise that he himself had posted the message.

Serphos initially had not wanted to file a report but had done so at the insistence of Attorney General Roger Bos and Chief Prosecutor Heiko de Jong, the Court said.

Making a false report is punishable because there is a danger that the police and the judiciary will be misled. The Court particularly held this against Serphos as he was an employee of the Prosecutor’s Office.

The Judge concluded that prosecuting Serphos was not a case of “firing a cannon at a mosquito,” as the legal counsel has argued. According to Wildeman, this case was nothing but a “media stunt” by the Prosecutor’s Office at her client’s expense.

The Judge, however, did find no grounds for a pardon but reasons enough to impose community service “of considerable duration.”

The Prosecutor had demanded a suspended sentence of 60 hours of community service, with 30 days in case of non-compliance, on two years’ probation.

Taking all circumstances into account, the Judge arrived at the conclusion that the seriousness of the proven evidence was insufficiently reflected in the sentence as demanded by the Prosecutor, the Court said in a statement.