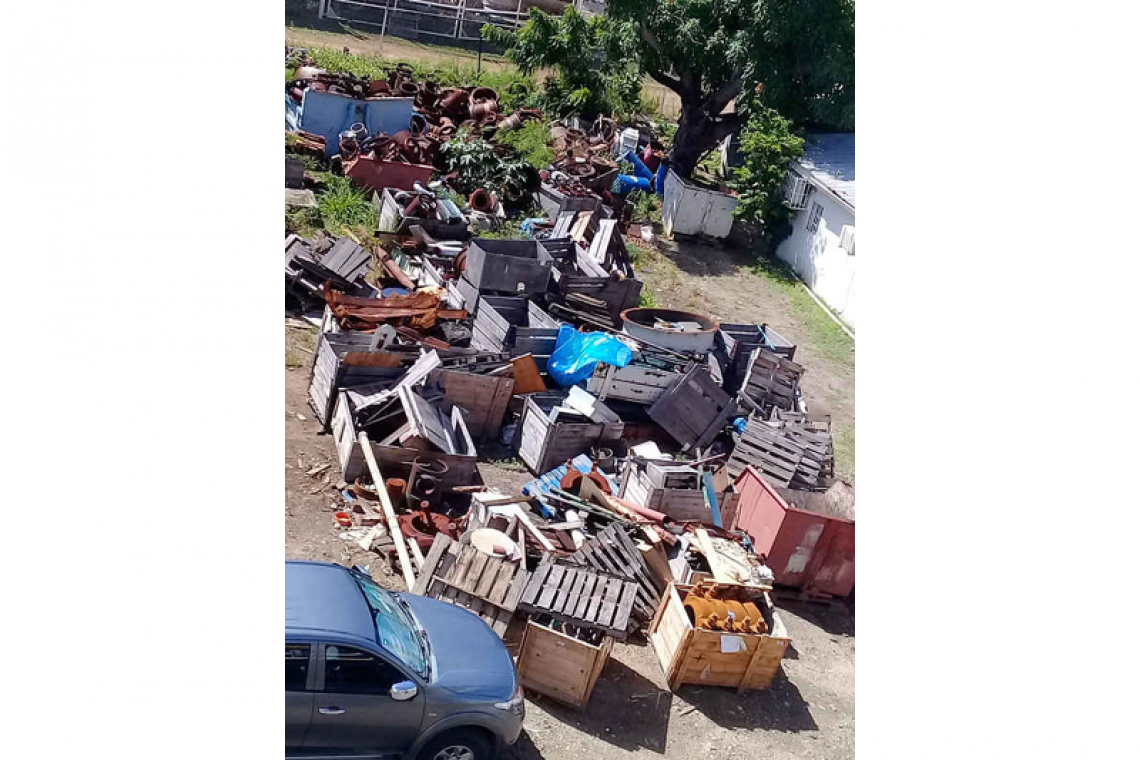 PHILIPSBURG–Recycling and distribution company Cadwell Inc. has partnered with water and light company GEBE to process and export more than a million pounds of recyclables with plans to hopefully double that amount in the near future.

Phase one of the project filled 20 shipping containers, each weighing more than 45,000 pounds. Phase two will include an additional 10, weighing more than 60,000 pounds apiece, Cadwell said in a press statement on Monday. More than one million pounds of recyclables have been cleaned, processed and exported to date with more to come, freeing up space while reducing potential pollutants

“This represents a major step for both GEBE and St. Maarten to accomplish its environmental and clean energy goals,” said Cadwell Inc. Chief Executive Officer (CEO) and co-founder Andrew Cadwell. “We have been so fortunate to work with [GEBE – Ed.] CEO Kenrick Chittick and his forward-thinking team of professionals.”

Much of the materials consisted of debris left over from Hurricane Irma, including poles, transformers, streetlights, cables and other metals from the damaged substation and water tanks. All materials had to be gathered, sorted, cleaned, transported, and loaded into shipping containers.  The entire project was accomplished with local labour and trucking.

“Hurricane Irma made its mark on our island, causing significant damage and destruction to our substation and water tanks,” said Chittick. “This project is good for St. Maarten, good for the environment and good for jobs.”

This is just one aspect of GEBE’s ongoing plans to implement more efficient, cleaner power generation, migrating to renewables and cleaner-burning natural gas.

A great example of the teamwork required to tackle a project of this magnitude is the cooperation and assistance received from Meadowlands Waste Company.

“It’s great to see how we all got together for a common goal, as exemplified by GEBE donating 55-gallon drums to Meadowlands in order to increase recycling throughout the cities,” Chittick added.

Critical assistance came from GEBE Power Plant Material Manager Yannick Hodge and other essential members of GEBE such as Patrick Drijvers, Romnet Rolando and Ramiro Hernandez. Throughout the project, they demonstrated a strong comradery and organisation as a team, it was stated in the release.

“We are looking forward to a long-term relationship with GEBE and other important institutions in St. Maarten,” said Cadwell. “Our company shares Mr. Chittick’s commitment to the local community and to doing business with the greatest honesty and integrity, always putting the needs of St. Maarten’s citizens first.”

November 30, 2020
0
Winair plane at PJIA ST. EUSTATIUS--The Ministry of Home Affairs concluded an agreement with Windward Islands Airways International Winair for a temporary flight connection between St. Eustatius and Bonaire.  Many regular flight connections in the area were cancelled due...
Read more