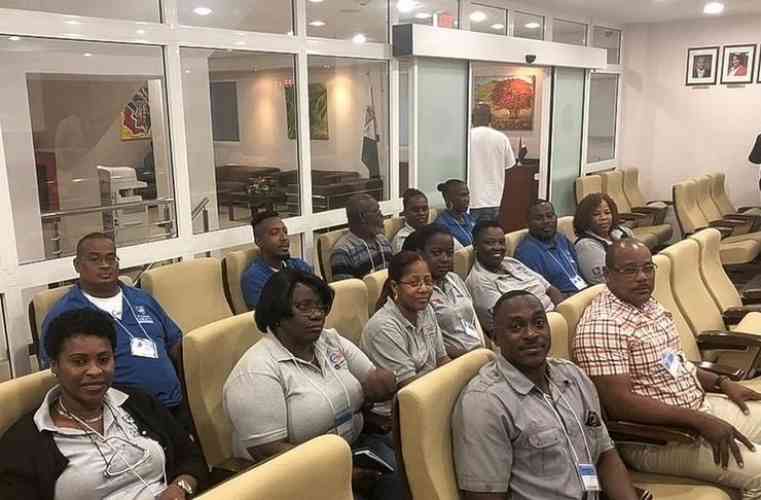 PHILIPSBURG–St. Maarten Cable TV workers continue to be in limbo when it comes to their employment status. Although the Labour Ministry’s Secretary General recently denied TelEm Group permission to terminate 18 Cable TV workers’ labour agreement, the company is now moving to the court to terminate the employees’ services.

The TelEm Group, which has acquired Cable TV, could not be reached on Thursday evening for comment on its latest move.
In a letter to the workers dated March 7, Cable TV Managing Director Trevor Da Costa said that in the absence of a mutual termination agreement, “the only option the company has left is to proceed with submitting petitions with the Court of First Instance to have the employment agreements of the remaining employees dissolved on the shortest term possible.”

“Such proceedings are highly unusual on a collective basis due to the costs thereof, but the company simply has no alternative,” he said in the letter
Da Costa told the workers it was still possible for employees to reach a mutual termination agreement with the company and if this does occur, then the proceedings with the Court of First Instance will not have to take place for those specific employees.

In the meantime, St. Maarten Communications Union (SMCU) President Ludson Evers was critical last night of Da Costa’s sending the correspondence to Cable TV workers from his personal email address and not that of the company. He said Da Costa, a former Cable TV Finance Director, was one of the 10 Cable TV workers who had accepted a dismissal package from the company earlier.

Evers said the move of the company to go to the court to dismiss the workers “seems like a slap in the face, because the question is: why did we go through all of the process of going to court and appealing cases and dismissal at Labour Department and they lost all of those cases, then to come with this.”

He said this puts the workers in continuous limbo on their employment status, as all efforts are being made to terminate their services.
Evers also took issue with the manpower assessment completed by the TelEm Group on instruction of the court. He said the assessment is “faulty,” as such a procedure cannot be completed in two weeks as the court had given the company to do. It takes at least six months to a year for such a process to be done thoroughly. “There is no way that you can have an accurate document on the table in two weeks,” Evers said.
The union “screened” the assessment results, has posed some 20 questions on the content and is awaiting answers.

The assessment says TelEm can place two to four Cable TV employees within its structure. Evers said in addition to the two to four employees that can be placed, TelEm has about 20 vacancies currently and at least 12 to 16 Cable TV workers can be considered to occupy some of these openings. Additionally, Evers contended, a number of TelEm staffers will be going on pension in 2018, which will create additional openings where Cable TV workers can be placed.

He contends that, given the situation at TelEm, all Cable TV workers can be placed within the company, which is fervently trying to get rid of the workers at all cost.