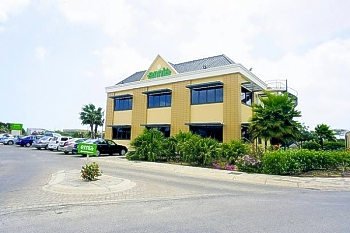 WILLEMSTAD–While the policies of insurance firm ENNIA are not in danger, there is a high so-called “concentration risk,” reported the Amigoe newspaper in Curaçao.

They spoke to management members Gilbert Martina and Ryan Breedijk after Dutch daily Financieele Dagblad published a secret report of the Netherlands Central Bank DNB expressing concerns that some 77 per cent of the Dutch Caribbean insurance provider’s reserves of NAf. 565 million was invested in other companies of its owner, the Parman Group of Husang Ansary.

The two executives argued that it regards only 40 per cent. Experts say this is still not in keeping with guidelines of the Central Bank of Curaçao and St. Maarten (CBCS), but the latter would not comment due to banking secrecy principles.

ENNIA had a negative capital in 2005-2006 and former owner Delta Lloyd did not want to put more money into it. The Parman Group took it over in 2007 and placed its Mullet Bay property on St. Maarten in ENNIA Caribbean Investment (ECI) as own capital.

Martina denied the land had been bought by the insurance company. Instead, a so-called “intercompany loan” from ENNIA Life under which the pensions fall was given to ECI soon after the purchase by the group, with a guaranteed interest of 5-6 per cent. ECI also has bond loans of oil and gas supplier Stewart & Stevenson (S&S), another company of Ansary.

The rules of CBCS were sharpened in 2015, which meant such intercompany loans were no longer allowed and the bonds in S&S had to be given up. A decision was then taken to give back the money of the bonds, according to Breedijk.

“The assets had to go back to ENNIA Life and the loan was to be paid off,” he said, adding that the administration is in order and all financial commitments can be met.

Former director of the Aruba branch Roger Schimmel had sounded the alarm bell with the Central Bank of Aruba CBA and the company’s Supervisory Boards in 2010. He had been worried about re-insurance, the lack of capital and uncovered catastrophe risks.

Former CBA President Rob Henriquez said he had had doubts about the purchase by Ansary from the beginning. He tried to stop the takeover at the time, but couldn’t because CBCS already had approved it, but he managed to ensure the local office became a separate NV so that CBA could have more control.

He also requested that DNB and the Dutch Minister of Finance back then look into the Persian-American background of Ansary, but they said nothing tangible was found.