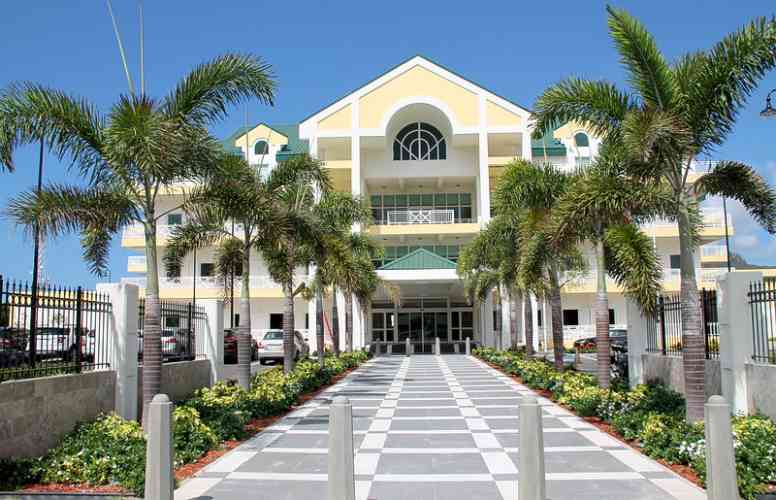 POND ISLAND–Authorities will attempt to address the concerns that have been expressed about the Department of Civil Registry’s (Census Office’s) new appointment-only system, about which residents have been complaining.

Caretaker Prime Minister Rafael Boasman told reporters on Wednesday that he had met with the department’s management and general secretary to “discuss the situation” and to determine “what is happening.”
One of the major complaints is that the telephone number given to make an appointment either goes unanswered or takes very long to be answered. Authorities noticed a “flaw” when looking into this issue and Boasman said this will be corrected immediately.
The flaw is related to the telephone number in question being used for other departments than the purpose for which it was originally intended. As a result, TelEm Group Chief Executive Officer (CEO) Kendall Dupersoy was contacted and in a few days authorities are expecting to have a dedicated toll-free number which the public can use to make appointments.
Additionally, two temporary staffers will be hired and the toll-free line is expected to be manned properly. Boasman said this would address the issue of calls going unanswered.
Another complaint he highlighted is that it takes months for persons to get an appointment. Boasman said he checked the appointment list and the latest appointment booked for a registration form is February 7, about one month. He said registration forms are the ones most requested.
He said also that registration forms are documents persons may need at short notice, as they can be requested by an employer or other parties and in these cases waiting a month for an appointment to obtain such a document can be “too long.”
He said that as the law does not specify that these forms expire, a call will be issued for persons to accept registration forms that are up to six months old. Therefore, forms will be valid for up to six months. This, he said, would “take a lot of burden” off of persons having to go and request a registration form.
The hiring of two workers and validity of registration forms for six months “should alleviate some of the problems until we are back up and running,” he said.
As it relates to passports and identification cards, Boasman said that with the exception of those that were lost, persons should be aware of when these documents expire and “should not wait a day or two before your documents expire to request that they are renewed.”
He said also that the plan is for the Public Service Centre (PSC) in Simpson Bay to reopen in a week or two and this should help “take some the pressure off” the main office. It should be noted that the PSC reopened on Monday, January 8, with limited services for Tax Administration/Receivers Office. Boasman said the current situation is temporary.
Separate measures will be put in place for persons in need of identification cards for next month’s election. “Separate measures will be taken for this and no one will be prevented from casting their ballots because of a lack of an ID,” he said.
Boasman said persons should realise that St. Maarten just had a major hurricane which caused some physical infrastructural damage to the building that housed the Census Office as well as the building that housed the PSC. The solution was for the new Government Administration Building to be used, but space is limited at the current location. There are 30 seats available in the building.
“Taking this alone into consideration, you would conclude that there would have been some inconvenience caused to the public in that regard,” he said.
Although there were seven windows in the former Census Office Building, there are only five in the new Government Administration Building. Also, in the former building there were six “back office” locations and at the current location there are three.
Census Office workers were amongst the first on the job immediately following Hurricane Irma. “In that period, we were helping about 150 persons per day,” Boasman said. Many persons lost their passports and identification cards during the hurricane and were assisted.
He said also that persons who needed emergency passports, which are ultimately dealt with by Governor’s Cabinet, were assisted once the Census Office was informed of this. Persons who had to relocate off island and needed certain documentation after the hurricane were also assisted and the Census Office documents for persons who visit the Social Affairs Department are regulated with the Department.
Boasman said he wanted to paint a picture of the situation to show that “it is no malice or lack of attention” from the side of Government.