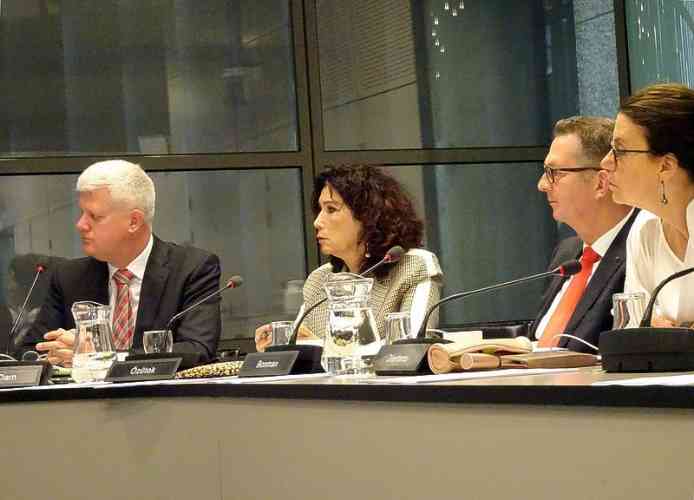 THE HAGUE–The Second Chamber of the Dutch Parliament expressed concerns about the financial management of Aruba, Curaçao and St. Maarten, during a debate on Thursday.

State Secretary of Home Affairs and Kingdom Relations Raymond Knops shared the concerns. “We are working with the countries on this, but we are not there yet,” he said.

Member of Parliament (MP) Chris van Dam of the Christian Democratic Party CDA set the tone as rapporteur of the 2018 annual account of the Kingdom Relations budget when he mentioned the worrisome state of the financial management of the overseas countries of the Kingdom during his presentation.

“The financial administration needs to be in order,” said Van Dam, noting that the concerns are broadly shared, not only in the Second Chamber, but also the Committee for Financial Supervision CFT, the Kingdom Council of Ministers and the different Audit Chambers. He called on Knops to continue working with the countries to improve financial management.

MP André Bosman of the liberal democratic VVD party said he was seeing too little progress in the nine years that he has been a member of the Kingdom Relations Committee. “There is insufficient political will to get financial management in order. In 2010, we paid 1.5 billion euros to pay off Curaçao’s national debt, and now a new financial crisis has arisen.”

Bosman mentioned St. Maarten in relation to law enforcement. “Of course it is terrible what Hurricane Irma did. But the problems with the Pointe Blanche prison are not new. We have brought this up for years, but St. Maarten didn’t act and refused to make sufficient funds available for law enforcement.”

Bosman criticised Aruba for nullifying the role of the Aruba Committee for Financial Supervision CAFT and said that “junk bond status” was looming if Aruba continued to “destroy” financial supervision while increasing its national debt. “The country is almost bankrupt, and I see no progress.”

MP Antje Diertens of the Democratic Party D66 agreed that there were issues with financial management, but said there was progress. “The state secretary is doing his utmost to work out things with the islands. When I visit the islands, I also see people in parliaments and governments who try their best to make things better.”

Knops shared the concerns especially about Aruba’s finances after the Aruba Parliament made a number of changes to the National Ordinance Financial Supervision. “The CAFT will no longer report to the Kingdom Council of Ministers, but to the Aruba Parliament. I fear that this will have consequences for Aruba on the international capital market. The last thing has not been said about this,” he said.

He was positive about the arrangement with Curaçao and praised the Rhuggenaath cabinet for seeing the need for solid financial management. He said that the Netherlands did not have the intention to solve Curaçao’s financial deficit, because this concerned an internal matter of the country Curaçao. “But we can help with expertise so they can get their financial household in order,” said Knops.

About St. Maarten, Knops said that already before Hurricane Irma, the country had reserved too little funding for law enforcement. “St. Maarten is leaning too much on the Netherlands,” he said. He noted that more means have been made in the draft 2019 budget, and he called on the St. Maarten Parliament to assume its responsibility in the handling of the budget next week. He called it positive that St. Maarten’s economy showed some growth.

Knops said he was “very satisfied” with Saba’s financial management. He said Saba had expressed the desire to assume more tasks. This will be arranged in the Saba Package which will be signed soon.

He said he was not satisfied with the level of financial management in St. Eustatius as yet: “A lot has been done, but we are not there yet.”