Home Local News Confiscated vehicles will be destroyed if unclaimed 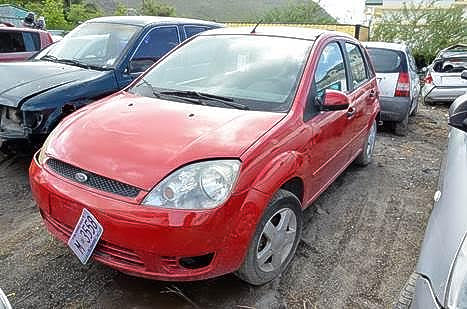 PHILIPSBURG–The police, on Tuesday, reiterated its call for the owners of two confiscated vehicles to make contact with the Police Department to claim their vehicles, which are scheduled to be destroyed on Thursday, December 22.

Acting police spokesperson Steven Carty stated in a police press release on Tuesday, that despite an announcement made in the media in November, in which the owners of the vehicles were asked to make contact with the Police Department, no communication has been received from the owners. The vehicles are therefore scheduled to be destroyed by December 22.
Carty said anyone who recognises the vehicles as their own, before the date set for destruction, can contact Jessica Christina at the Philipsburg Police station to claim their property.
Christina can be reached at tel. 542-2222 ext. 221. The owners should have the necessary documentation for the vehicle on hand.