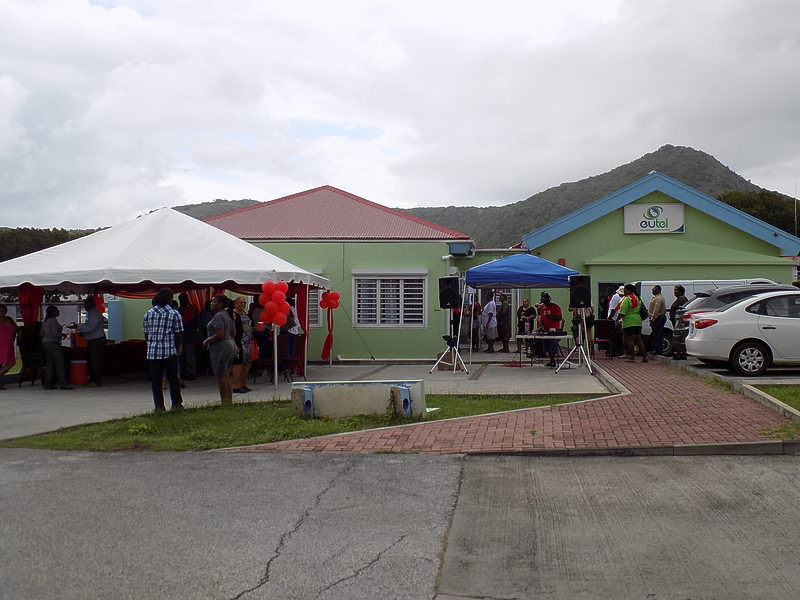 ST. EUSTATIUS–The transition of United Telecommunication Services (UTS) Chippie mobile service from the 318 to the 319 number range as of Thursday, December 1, at 1:00pm did not go completely unnoticed. The transition created some confusion on St. Eustatius as persons trying to contact land lines, such as those of the Fire Department and businesses were confronted with an automated voice message saying the number had been disconnected.

UTS and St. Eustatius Telecom Company Eutel N.V. are in the process of swapping all numbers, but no public announcement was made pertaining to the emergency numbers on the island.

Some persons complained of not being able to make any calls at all even from the 318 number.

Others complained that their new 319 SIM failed to function.

From 10:00am until late in the day crowds were seen at Eutel where they could swap their old 318 SIM cards for new ones and had a chance of winning prizes while doing so.

Despite the pouring rain, long lines of cars were parked on either side of the streets. The crowd was entertained by DJ Runn Thinngs, as snacks and drinks were served and freebies distributed. Especially the 319 T-Shirts were in high demand.