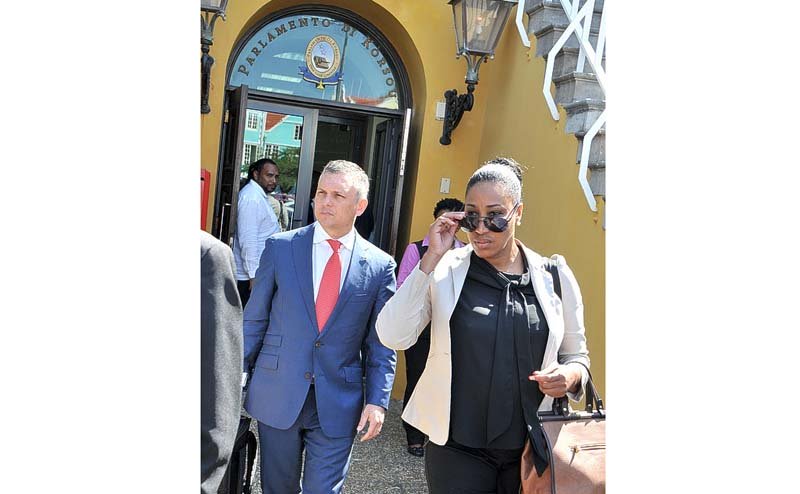 WILLEMSTAD–Thursday afternoon Curaçao Parliamentarian Jacinta Constancia (MFK) was released from custody on order of the Prosecutor’s Office in Willemstad.

The reason was that it’s not considered necessary to keep her behind bars in the interest of the investigation into her assault on MAN-fraction member Giselle McWilliam in Parliament.

Since Constancia’s arrest several witnesses were heard by the Criminal Investigation Unit. A recording of the incident was also viewed.

According to the prosecution, the investigation is still ongoing and Constancia has been summoned to court. She will have to appear before a judge for physically attacking McWilliam and threatening Elsa Rozendal (also MAN).