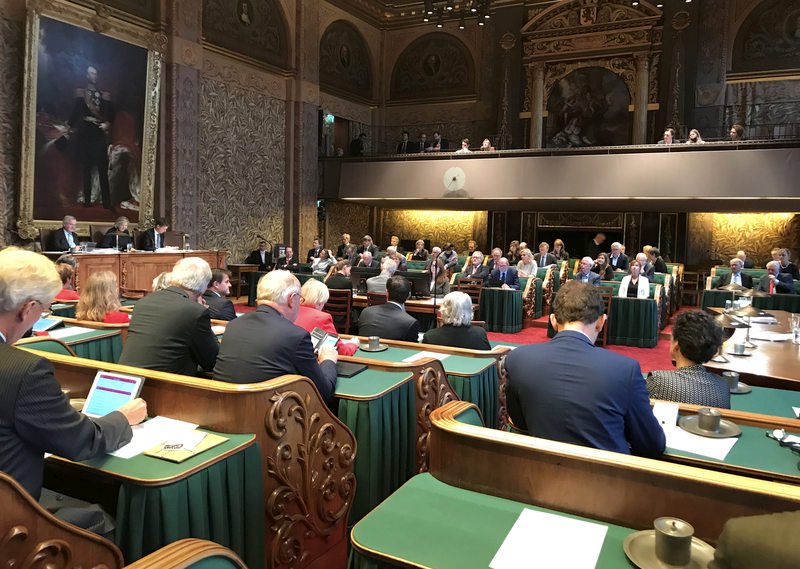 THE HAGUE–The amendment to the Dutch Constitution to provide a constitutional basis for Bonaire, St. Eustatius and Saba and to establish an Electoral College has become a fact with the consent of the First Chamber of the Dutch Parliament on Tuesday.

The Senate unanimously approved the legislation proposal to amend the Constitution in a second reading during a plenary session. The three islands have been Dutch public entities since October 10, 2010. At that time, their constitutional basis was only secured in the Kingdom Charter, not in the Dutch Constitution.
Besides securing a constitutional basis for the islands, the law proposal to amend the Constitution also regulates the establishing of a so-called Electoral College (“Kiescollege”) for the Senate. This College will ensure that residents with Dutch nationality can indirectly vote for the Senate.
Amending the Constitution is a time-consuming affair, because it requires the approval of two subsequent Parliaments. Majority support is needed in the first reading and a two-thirds majority is needed in the second reading in both the Second and First Chambers. The Senate had already approved the legislation proposal in the first reading in 2016.
New Minister of Home Affairs and Kingdom Relations Kajsa Ollongren was present during Tuesday’s voting in the Senate. The Senators congratulated her on the approval of the legislation, which was initiated by her predecessor Ronald Plasterk, who was present for the handling in the second reading in the Senate last week Tuesday in the last days of his tenure.
A law proposal will soon go to the Second Chamber which will regulate the workings and details of the Electoral College. Once this draft legislation has been approved by the Second and First Chambers, eligible voters in the Caribbean Netherlands will be able to cast their votes for the next Senate in 2019.
Not everybody in the Caribbean Netherlands is happy with the securing of the constitutional basis for the islands in the Constitution, a status which Minister Plasterk has said several times is not a final model, as adaptations are still possible.
Some residents and politicians, especially in Bonaire and St. Eustatius, who are objecting to the anchoring of the islands in the Constitution say that it will deprive the people of their primary human rights and freedom, and their right to more autonomy.