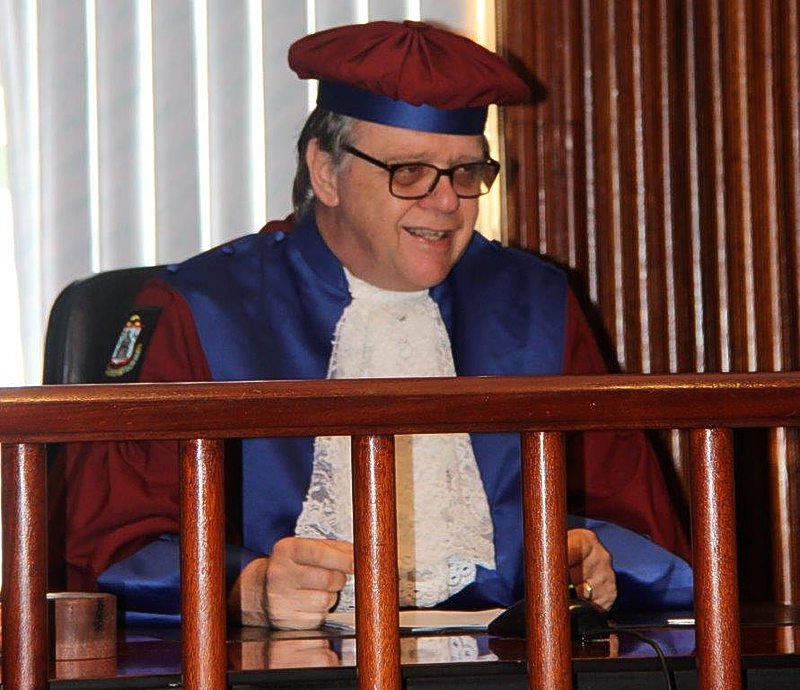 The Court found this complaint to be justified, as the amendment introduced substantial changes, both to the initial draft legislation and to the law that was eventually introduced in Parliament.

“The legal framework of this law had fundamentally changed to such an extent that it would have been…upon the government to formally consult the Advisory Council.” This, the Court stated, is particularly so as the law seeks to create an entirely new institution, which cannot be compared to “anything remotely similar” within the Kingdom of the Netherlands.

The Court stated it was “fully aware” of the fact that nullification of the Ordinance may be considered a “harsh” measure, “given the importance and the goal and purpose of the legislation, which with good reason seeks to achieve an appropriate approach of law enforcement against integrity breaches within and around the institutions of St. Maarten’s governmental structure,” Judge Wit explained to those present at the Courthouse on Thursday morning.

Notwithstanding that, the Court deemed nullification of the Ordinance in this case necessary. In making this decision, the three-Judge panel took into account what it described as the “many substantive, and, from a constitutional perspective, essential flaws and serious ambiguities” in the Ordinance.

The Court pointed at elements of the Ordinance that are unclear and, in providing guidance, made several suggestions with respect to the constitutional safeguards that need to be observed when drafting a new Ordinance. These mainly concern the constitutional right to privacy and the right to a fair trial.

The Court pointed out that the possibility of hearing a person under oath or “on pain” of a fine by the Integrity Chamber should be excluded as soon as that person is under a criminal charge. Moreover, the Court found that statements thus acquired by the Integrity Chamber should be prohibited from being used as evidence in a criminal trial, as this would be in violation of the right against self-incrimination.

A new Ordinance should also be clear on what kind of information gathered by the Integrity Chamber during its investigations should be handed over the Prosecutor’s Office, and to what extent the Chamber, after the subject of its investigations had been charged with a crime, could still continue its own investigation.

Another issue the Court explored was the powers of the Integrity Chamber with regard to searches and investigations on suspect’s premises, which would require oversight and supervision by an institution with “sufficient safeguards for independence and expertise.”