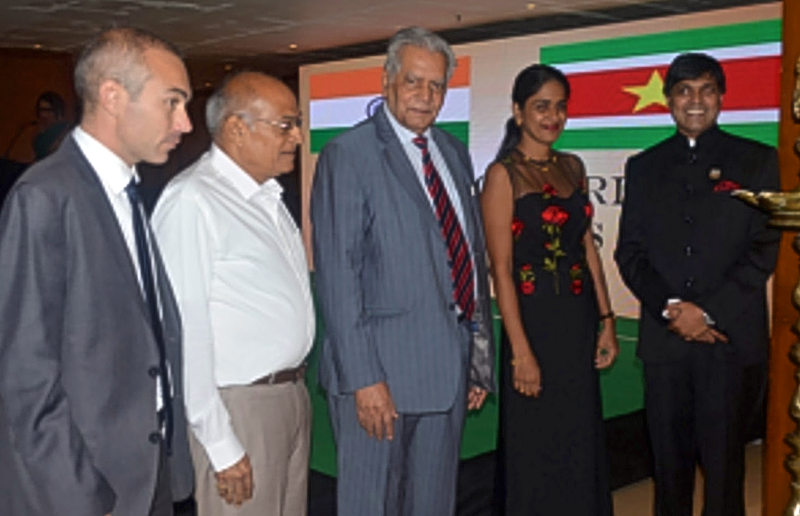 PARAMARIBO–Suriname’s Honorary Consul in India is threatening to open a cesspool about the country’s ambassador, calling her a liar and a corrupt thief.

Honorary Consul Asif Iqbal took to the press in India and Suriname this week, in response to a terse letter from Suriname’s Foreign Affairs Minister Niermala Badrisingh saying that he was fired. The Ministry said that he had overstepped his consular authorities.

Iqbal, Executive Director of the Latin American Caribbean Federation of India and President of the Defence Technology Infrastructure Society of India, was appointed as Honorary Consul in 2014. This position is usually granted to businessmen that have a relationship with the country that appoints them. The new Consul’s primary task was to provide assistance to Suriname nationals and Indians travelling to Suriname to visit families and cultural groups. Iqbal had consular jurisdiction over the states of Karnataka and Andhra Pradesh, and he was to work closely with Suriname’s Ambassador to India, AashnaKanhai.

After Minister Badrisingh informed the Consul that he was fired, Ambassador Kanhai issued a statement in which she explained that Iqbal overstepped when he opened a second office in Hyderabad without her knowledge.

Infuriated, the former Consul responded by calling the Ambassador a liar. “She is the one who violated the regulations of the Ministry of Foreign Affairs and then she turns it around and puts the blame on me? She is a liar and the world should know it,” he told journalists.

He charged that in the two years he served as Consul, the Ambassador had attempted to bribe a company that wanted to build a sports complex in Suriname. He claimed that Kanhai had demanded US $10,000 to arrange for the necessary licences, as well as a perpetual 10 per cent fee for every sponsorship agreement that the company would sign with international donors. The company eventually backed out of the deal and the sports complex was never realised.

Iqbal also charged that while Kanhai claimed she did not know that he was opening the new office in Hyderabad, she was in attendance at the opening ceremony. He provided photographs as evidence, of the ambassador, her mother and her daughter present at the ribbon-cutting and religious ceremonies. “I had to purchase expensive first class tickets for all three of them to be there. I also had to pay their hotel bills,” he said.

He urged Government to reconsider who it wanted to be represented by abroad. “Suriname is making a grave mistake by keeping her in India,” he said.

Ambassador Kanhai, a political appointee, is the daughter of attorney Irvin Kanhai, who for years now has taken on the legal representation of President Desi Bouterse.