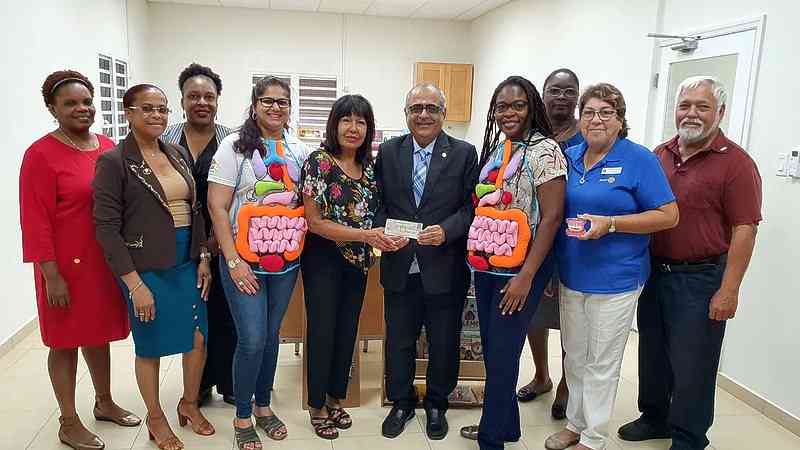 PHILIPSBURG–St. Maarten Consumers Coalition questions politicians’ assurances of the reduction of poverty and not its eradication, in St. Maarten.

Consumers Coalition representative Raymond Jessurun said last week that “poverty reduction” promises are in constant use by politicians on the campaign trail, in radio announcements and in various interviews.

Jessurun said that until now neither politicians nor the political parties had shown their commitment to the eradication of poverty by signing the Declaration on the Eradication of Poverty which the coalition has provided.

“All of a sudden the incomes of seniors and pensioners are being mentioned. Income of working class families is the topic of their campaign platform. As an anti-poverty platform, we have been championing for the last seven years to eliminate the inequality in the Kingdom and to provide an equal social protection floor just as in the French Republic,” he said.

“None of the politicians or the parties for which they are campaigning has committed to championing in Parliament for an equal social protection floor. Tax breaks for seniors, even pension increases are being promised, but none of the politicians have promised to make the old age pensions equal to that in the Netherlands,” Jessurun said.

Jessurun said there were politicians who had visited, registered and bought produce at the health fair. “Some came to volunteer once or twice in the programme, but what will they do for our more than 4,000 members already registered in the programme? How will they make our quality of life in St. Maarten more affordable?” he asked.

“There is one [politician] who promises to address the high rent prices, but he is not explaining how he will bring down the rent prices. Then there is one who wants to build 1,000 affordable homes (250 a year) when there are 15,000 housing units to be built back better and stronger, according to the National Recovery and Resilience Plan Report,” Jessurun said.

“There are more than 13,000 households with a total income of less than NAf. 4,000 a month in need of affordable social housing and only 1,000 families are being targeted to get a new home?” Jessurun questioned.