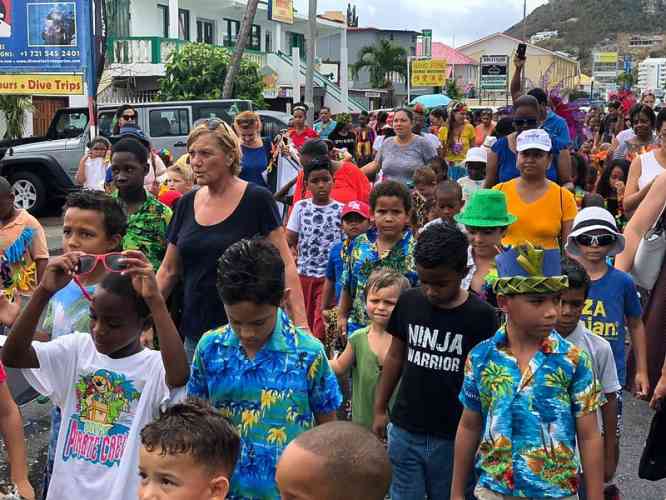 ~ Says: Govt. has no leniency for small man ~

PHILIPSBURG–The St. Maarten Consumers Coalition believes that government’s position to not honour its petition calling on authorities to revisit its decision to not provide motor vehicle tax payers a payment extension until June 1, 2019, is a clear indication that “government has no leniency for the small man.”

Minister of Justice Cornelius de Weever said on Wednesday, that the leniency provided last year to motorists was done given the circumstances in the country post Hurricanes Irma and Maria and it will not be done this year.

“We as co-signatories of the petition have not received a written answer yet on our petition with the decision of the Council of Ministers. So, we do not know yet what are the arguments of the Council of Ministers not to provide the small man owing vehicle tax the same leniency of four to 18 months as to all others who owe outstanding taxes,” representative of the Consumers Coalition Claire Elshot said at their weekly press conference on Friday.

“We especially want to know the arguments from the Council of Ministers to continue to discriminate against the small man owing vehicle tax, whereas businesses and individuals alike can go to the Receiver’s Office and ask for a payment arrangement of four to 18 months when they cannot pay all the outstanding tax money they owe all at once. We want to know what are the arguments of the Council of Ministers to not give citizens with outstanding 2019 vehicle tax, a payment arrangement, but they get a fine, their car is confiscated and all additional costs they have to incur to release their car, while others who owe much more other taxes can get the four to 18-month payment arrangement for outstanding taxes they owe from years gone, while their property is not confiscated until the outstanding tax is paid.”

The Coalition believes that, “This is the discriminatory treatment among taxpayers that we have denounced and that we wanted the Council of Ministers to address. This is the harassment and hunting of the small man that we referred to, while government is not actively pursuing the millions outstanding by companies who owe government taxes and SZV (Social and Health Insurances) social premiums.”

The Coalition said it wanted to know what happened to statements made by Finance Minister Perry Geerlings who said there was no distinction on the type of taxes for which a payment extension can be granted; as long as it is outstanding taxes, the option is there for everyone to make a payment arrangement.

De Weever said Wednesday that the petition submitted by the Coalition to Government last week had been received and had been discussed in the Council of Ministers meeting on Tuesday. He stressed that motorists had “ample time” preparing for their road tax payment. “I understand that there will always be some who will not be able to afford (the payment), but knowing that you have a car, you have to know that you have to pay road tax, insurance and make sure that your car is inspected and worthy to drive on our public roads,” the minister said advising motorists to “follow the law and do the right thing.”

The coalition said De Weever did not address the issue at hand, which is that the small man in particular is challenged and has to prioritize payment of their expenses before paying motor vehicle tax. “He/she has to pay his/her car insurance, he/she has to repair their car before doing the vehicle inspection, he/she has to pay for the vehicle inspection and the vehicle inspection card. Adding a NAf. 300 fine, a US $90 towing truck charge and $15 storage fee a day for every day that their car is stored, is an additional burden for the small man because the rich man has enough funds to pay. We maintain our claim that this government has no leniency for the small man who owes vehicle tax, but is providing all other tax payers – individuals and businesses alike – who owe taxes the possibility of a four to 18 months payment arrangement,” Elshot maintained.

In its petition, the Consumers Coalition called on government to cancel the fines police issued to 21 motorists for the non-payment of the 2019 motor vehicle tax and allow these motorists to make an arrangement to pay this tax in accordance with an announcement made by Geerlings that taxpayers can make such an arrangement.

The Coalition also called on government to refund motorists who have paid fines associated with their vehicles being towed and stored. “Treat all taxpayers who owe outstanding taxes equal regardless which tax they owe, providing all with a payment plan opportunity,” the petition read. “Stop harassing and hunting the small man and actively pursue the millions outstanding by companies who owe government taxes and SZV social premiums.”

The Coalition bases its arguments in part on statements made by Geerlings that motor vehicle tax payments will not be extended as government needed the funds and less than a week later, the minister announced an extension to businesses for unpaid taxes in a press release. The minister said a day later at the Council of Ministers press briefing that the extension was “also applicable” to “all citizens.”

The Finance Minister had also said there is no distinction on the type of taxes for which an extension can be granted as long as it is outstanding taxes, the option is there for everyone to make a payment arrangement with the Tax Department. The Coalition says that motor vehicle tax is a tax and should also fall under the extension announced by the minister.