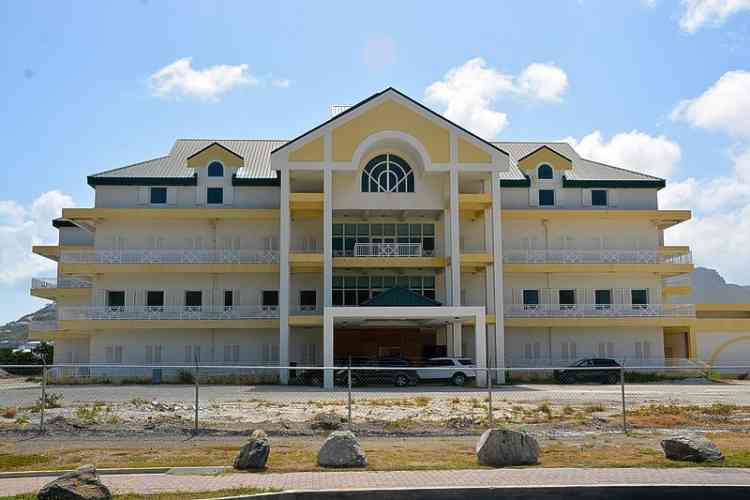 PHILIPSBURG–The St. Maarten Consumers Coalition is calling on Government to refrain from using “cheap gimmicks” when talking about helping the people and urged it to come with substantial relief for residents affected by Hurricane Irma, which devastated the island last September.

This was one of several issues the Coalition addressed at a press conference on Thursday. It said that while it applauds acting Minister of Tourism, Economic Affairs, Transport and Telecommunications (TEATT) Cornelius de Weever for coming with a proposal to postpone the payment of the 2018 number plates (motor vehicle tax) and motor vehicle inspection just before election, this is “not real relief.”

The Coalition said most consumers will only get a delay in paying more than NAf. 200, which they will still have to pay when the new deadline comes. The Coalition said also that the decision was taken after many persons had already made their payment.
“Why did the Minister not propose to bring down the ToT [turnover tax – Ed.] together with the Minister of Finance? That would have been relief for everyone. In the past, in the former Netherlands Antilles, that if there was a crisis, we got a reduction of the wage and income tax for the workers. This could have been done now as a form of relief,” the Coalition said.

“When we talk about relief, we want substantial relief. I think the motor vehicle payment was a gimmick when you look at the amount of money involved. A lot of people have already paid and those who did not pay will get away with just over two hundred guilders for a few months and this is peanuts. I applaud the fact that Government wants to give relief, but don’t come with peanuts.”

Windward Islands Teachers Union (WITU) President Claire Elshot said during the press conference that shortly after Hurricane Irma civil servants and teachers could receive one month’s salary as a loan which they had 12 months to pay back without interest and without consideration for their personal situations. While she felt that this is a form of relief, teachers were forced to pay it back within one year, rather than based on their personal circumstances and ability to repay, which could be longer than a year.
“That’s why we said that we appreciate that Government wants to think of relief, but they can’t just think of relief for some. Some hotels continued to pay their workers, but a lot of workers were sent home and this left a lot of them without pay, but there is no relief for them.”

The Coalition believes Government should consider having Government-owned companies such as GEBE offer social relief by reducing the fuel clause, so that every household can benefit; TelEm can offer free call minutes to consumers; wage tax can be lowered for a year; and ToT and the container fees at the Harbour can be reduced, as these trickle down to consumers.

“If Government really wants to provide relief to the people, don’t use cheap gimmicks, but come with substantial relief so that all the people can get relief, not just some,” the Coalition maintained.