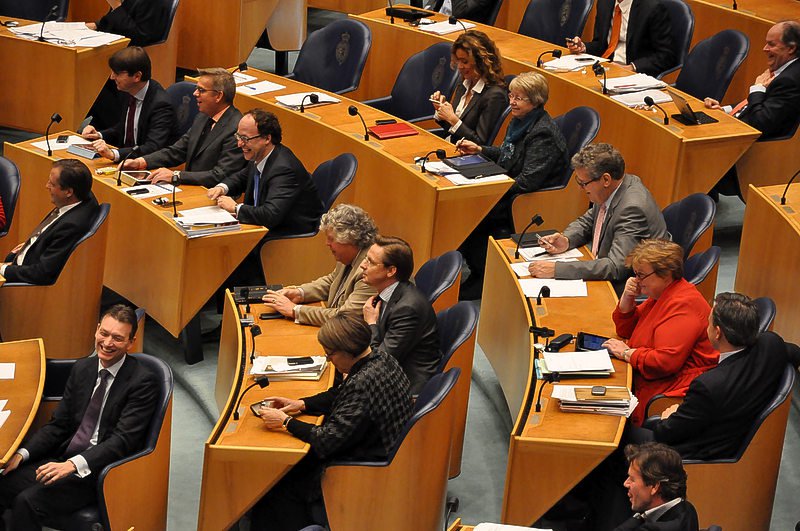 THE HAGUE–The Permanent Committee for Education, Culture and Science of the Second Chamber of the Dutch Parliament is keeping the pressure on Education Minister Jet Bussemaker and State Secretary Sander Dekker to move on with the process to improve the quality of education in Bonaire, St. Eustatius and Saba.

Members of the liberal democratic VVD party, the Labour Party PvdA and the Democratic Party D66 expressed appreciation for the Minister and State Secretary in the list of remarks and questions that was sent to the latter in response to their April 12, 2016, letter regarding the progress to improve the quality of education in the Caribbean Netherlands.
The Committee Members praised the improvements in education, but they did express concern about the quality and the speed of the process. “Education is the future of our children. That goes for the Netherlands, but also for the Caribbean Netherlands,” stated the VVD.
According to the VVD, schools on the islands receiving the same funds as in the Netherlands and issuing the same diplomas as in the Netherlands should comply with the same quality requirements.
The VVD emphasized the aspect of speed. “We understand that it takes time to improve the education quality, but eight years is very long. In 2008, all schools were in deficiency, in 2011 the improvement process started off and in the year 2016 we are not there yet. Why does this take so long? This is at the expense of the students,” stated the liberal party.
The PvdA was positive about the setting of a new education agenda for the Caribbean Netherlands later this year. This new agenda would secure the continuation of the current programme to improve the quality in education on the islands. The party did ask for an indication on what more or less this agenda would contain and whether more details were available on success factors.
Pupils and students benefit from quality education, and in that sense the PvdA was happy to note that an increasing number of schools on the three islands achieved the basic quality standard of the Dutch Inspection for Education.
The PvdA was very positive about the improvements at the St. Eustatius Gwendoline van Putten School for secondary education which recently achieved the basic quality standard. “A lot was wrong there two years ago. We applaud that so much progress has been achieved.”
According to the PvdA, it is important that all secondary schools and middle vocational education MBO schools in the Caribbean Netherlands comply with the basic quality standard. The urgency of the matter was stressed, also in light of the students’ future opportunities. The VVD queried why the differences were so great between the secondary schools on the islands. “Is this a management problem?”
The PvdA, VVD and D66 were highly concerned about the state of affairs at Bonaire’s school for secondary education, the SGB, which was placed under supervision due to a wide range of problems. The parties found it undesirable that the SGB has still not complied with the basic quality standard. The VVD even used the term “incomprehensible” to describe the situation at the SGB.
D66 pointed out that the basic quality standard was also a long way off for the SGB, and urged the Minister and State Secretary to secure a speedy trajectory so the only secondary school in Bonaire can reach this basic level as soon as possible.
The PvdA asked whether there were plans for a second high school on the island. The VVD specifically asked how the State Secretary dealt with the aspect that there was no alternative on the island. “Should the State Secretary not immediately intervene? Would the Inspection allow such a situation at a school in the Netherlands?”
The D66 expressed concerns that three primary schools in Bonaire hadn’t as yet achieved the basic quality standard. The VVD wanted to know why the transition of the Dutch language to the English language of instruction at the schools in St. Eustatius took so long. “What are the obstacles, and how can you take them away?”
The VVD also inquired about the financial management of primary schools on the islands and urged the Minister and State Secretary to ensure that the proper checks and balances were in place.
The Ministry of Education, Culture and Science has invested millions in the process to improve the level of education since the three islands became part of the Netherlands in 2010. Also, schools have been reconstructed and/or renovated.