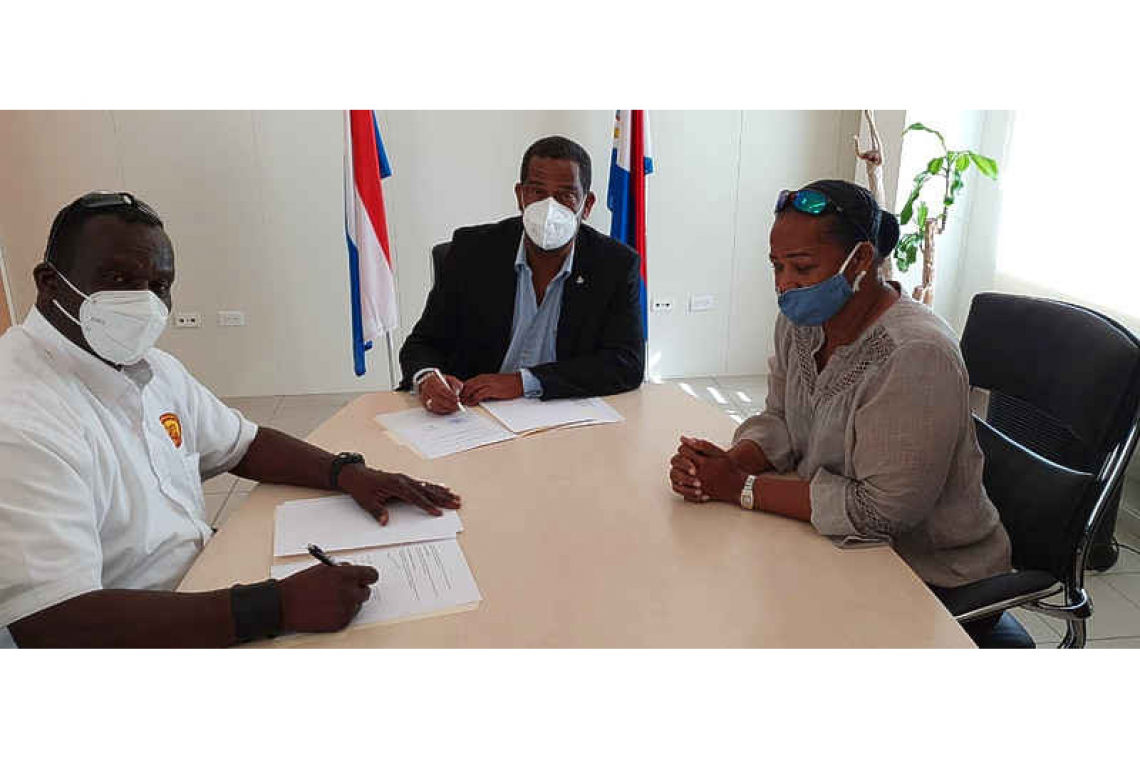 By extending the contract for a year, the VSA Ministry and Dr. J. Foundation were able to secure shelter for 32 persons who would have been homeless had the contract not been renewed.

This was announced in a press release from the ministry on Sunday.

“A public bidding process will also be underway to ensure a contract for two to three years is established in line with transparency and good governance,” said the release.

Among the 32 persons were pensioners, families with children, and other individuals. “Upon taking office, it was apparent that not only is homelessness a result of the passing of Hurricanes Irma, Maria and Jose, but also due to the COVID-19 pandemic,” said the release. “In addition, it has become apparent that homelessness is not an acute issue but a chronic issue affecting our community.”

The transitional shelter was established in February 2018 for an operational period of two years to facilitate persons who had been displaced by Hurricanes Irma and Maria in September 2017. The programme was first extended by three months, then by six months due to its success and because remaining residents were unable to transition because of their finances and lack of affordable housing.

The programme works with all residents to rehabilitate persons back into the community by helping them find work, save, and find an affordable place to live.

In response to a request for comment, the minister’s cabinet clarified that prior to signing the agreement, the shelter had a limited availability for the number of persons it could house. However, with the recent negotiations additional rooms within the shelter have been made available to house more persons.

The current shelter can house up to 75 persons at a time and is near capacity.

“As the challenge of homelessness continues to grow in St. Maarten and in efforts to ensure that more of our population do not end up homeless, we must focus on prevention efforts; ensuring there are plans for emergency response in the event that persons do end up homeless, such as the Dr. J. Foundation transitional shelter but also social housing development plans.

“Minister Panneflek considers developing a long-term plan on homelessness a high priority starting with social housing for the vulnerable including spaces for acute cases of homelessness, strengthening the rental committee and exploring the options for housing assistance.

“A special word of thanks is hereby extended to the Dr J. Foundation that operates the transitional shelter and rehabilitation programme,” according to the release.