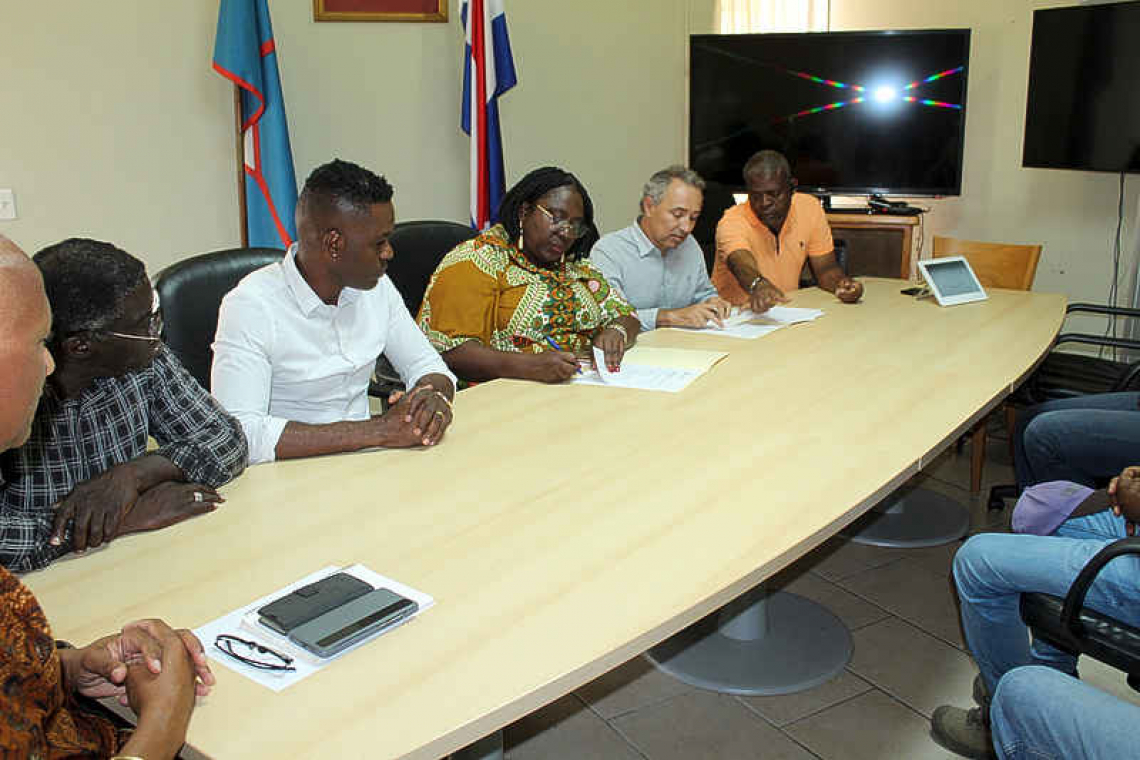 ST. EUSTATIUS–A contract between the St. Eustatius government and Statia Roads Construction BV was signed at the Government Administration Building on Wednesday, May 18.

Also present at the signing  were project-bureau Program Project Management Organization (PPMO) Project Manager Elvin Henriquez and Austin van Heyningen of  the ENI Directorate. These two gentlemen will be a part of the technical team for the project. 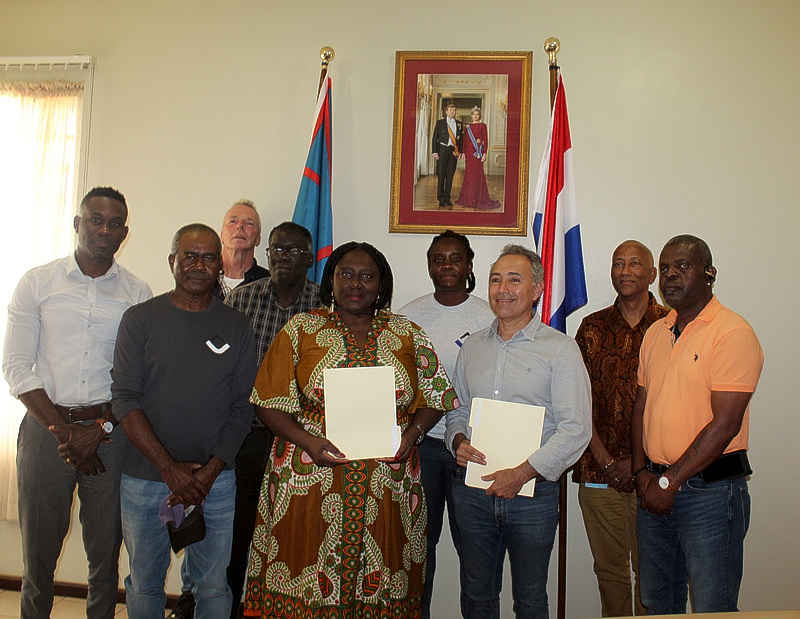 Simms said she had recently graduated from Florida A&M University in the United States of America. Her primary role with Statia Roads is as a co-manager over the team and project manager. This is not her first project on the island, Simms has worked on Golden Rock Resort, finishing touches on the Smoke Alley Road project, Cruyff Court and now this project.