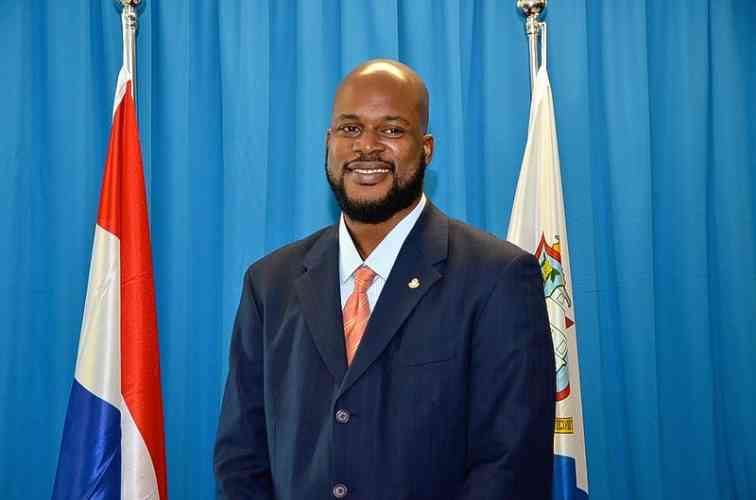 PHILIPSBURG–Contractors for Government’s roof repair programme along with suppliers of the building and construction materials are being vetted on their compliance with the administrative requirements. Work will start once that vetting is completed and Governor Eugene Holiday signs the national decree authorising the physical construction, said Housing Minister Miklos Giterson.

Giterson, when making the announcement in the Council of Ministers press briefing on February 14, said he anticipated the process would be completed “within a week or two.”

The technical assessments have been carried out on some 100 homes. The roof repair programme attracted some 500 applicants.

Government has reserved NAf. 5 million for the execution of Phase 1 of the repair project that is aimed to assist mainly 150 senior citizens and/or persons with disabilities. Government is working on funding to assist the remaining applicants, said Giterson.

The Ministries of Infrastructure VROMI and Public Health VSA are collaborating with other parties that are also busy with similar roof repair projects to ensure that synchronisation is taking place and that the timeline for granting assistance is as “effective and efficient” as possible, said Giterson.

He said Government “seems to be deliberately holding back” the roof repair programme initiated by his now-former government.

The former NA-led government, according to Marlin, had approved NAf. 3 million for immediate roof repairs. A private donor had also promised to make NAf. 2 million available to aid the project, channelled via a foundation, he said.

Marlin said he gets worried “every time it rains” about residents who are still without roofs due to Hurricane Irma.