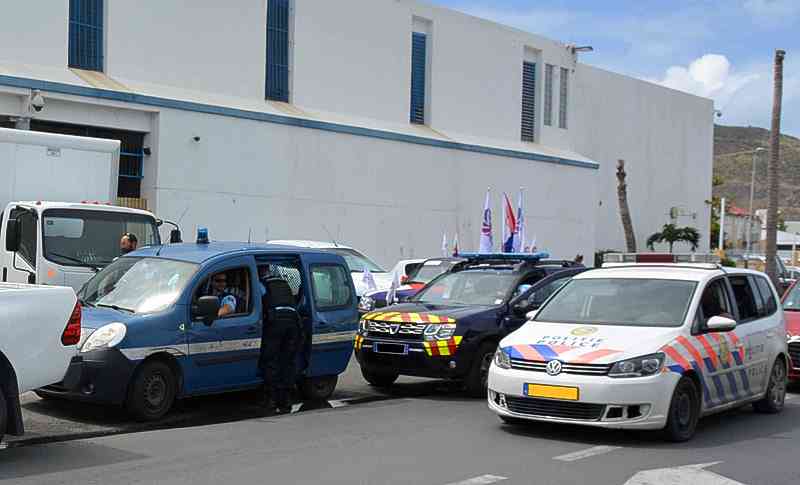 MARIGOT–A 22-year-old St. Martiner serving a two-year prison sentence in St. Maarten for thefts committed on the Dutch side was handed over by Dutch-side authorities on Friday to French authorities who requested his extradition. He has been the subject of an extradition procedure in St. Maarten since November last year.

He is being held accountable to serve a six-year prison sentence for two aggravated robberies on the French side in April 2015 – aggression of a motorist by an armed and hooded individual – for which an arrest warrant was issued. The warrant was disseminated internationally based on the 1957 European Convention on Extradition.

The Gendarmerie went to Philipsburg to collect the accused and the convoy was escorted to the border by the St. Maarten Police Force KPSM. The accused was notified of his rights and presented to the French Prosecutor’s Office, which informed him of the arrest warrant and conviction.

The French-side prosecutor said this latest extradition is a continuation of the good cooperation between the Prosecutor’s Offices of Basse-Terre (Guadeloupe), St. Martin and St. Maarten. “Criminals wanted on both sides of the island cannot escape the long arm of the law,” he said.