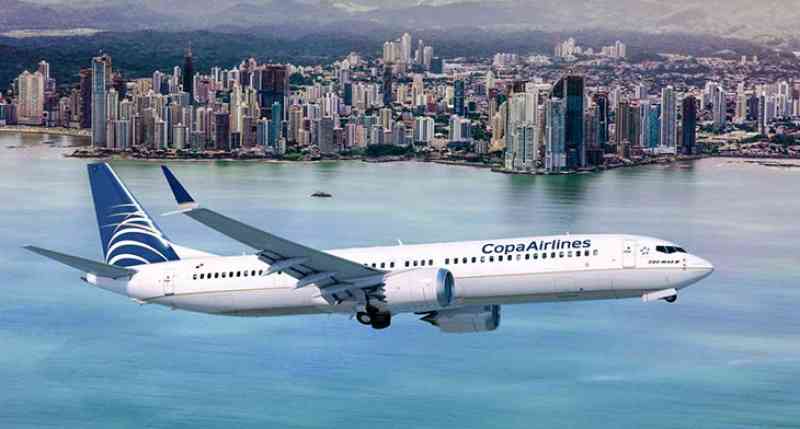 PANAMA CITY, Panama–Copa Airlines, a member of the global Star Alliance network, enters its new MAX era with the addition of the first Boeing 737 MAX9 to its fleet – one of the most modern aircraft in the market. The MAX9 represents a new standard for air travel that prioritises comfort, convenience and sustainability as three qualities that elevate the level of Copa’s daily service.

Copa connects St. Maarten to Panama with two flights weekly. The MAX9 is not available on this leg. That aircraft will connect passengers who have more-long-haul flights.

“After 70 years of service, the MAX9 represents a new era for Copa Airlines. We incorporated the latest Boeing technology with the arrival of this aircraft, which will be part of one of the industry’s youngest and most modern fleets. In addition, the MAX9 is a symbol of development and growth that fills us with pride and motivates us to continue innovating, to foster efficiency in our daily practices and to promote Panama as a top destination throughout the continent,” said Copa Airlines Chief Executive Officer Pedro Heilbron.

“The introduction of this new aircraft to the Panama fleet represents the high level of technology Panama’s aviation has. This in turn requires the Civil Aviation Authority to maintain high technological standards in their systems, which allow these new aircraft to navigate efficiently and safely in the Panamanian airspace,” said Civil Aviation Authority AAC General Director Alfredo Fonseca Mora.

“For decades, Copa Airlines has had great success with the Boeing 737NG, and now its future looks even more promising. In this new era, Copa will continue to lead the industry by making the most of the vanguard benefits offered by the 737 MAX,” said Boeing Commercial Aircraft Vice President of Sales for Latin America and the Caribbean Ricardo Cavero.

The new MAX era of comfort and convenience is characterised by the aircraft’s modern configuration, with 166 seats distributed between two cabins and overhead compartments that are 50 per cent more spacious. In addition, the MAX9 modern engines operate 40 per cent more quietly, making the travel experience more peaceful and enjoyable.

Keeping up with its streak of innovation, the airline introduced the modern Business Class Dreams, which includes 16 lie-flat seats. Each seat has a 16-inch touch screen with remote control, power and USB connectors, and twice as much space for storing personal items.
Select routes for Dreams passengers will include a new premium kit consisting of noise cancelling headphones, larger pillows and blankets of high-quality fabrics, as well as a set of amenities which includes a mask and stockings with collectable Dreams designs, among others.

“Having this technology in the country is a great opportunity to continue fostering Panamanian talent meeting the highest worldwide standards. In addition, we expect that for each airplane that we add to our network, 90 new jobs will be generated, so the addition of these modern aircraft benefits Copa Airlines passengers as well as the development of the Panamanian labour market,” Heilbron explained.

All passengers on board the MAX9 will be able to enjoy the wide variety of content offered by the wireless entertainment system, Copa Showpass, which can be accessed by connecting to the aircraft’s internal network (not Internet) from a computer or mobile device. When accessing through the Copa Airlines app or a browser, travellers will have different movie titles, television series, magazines, documentaries and music to choose from.

Other MAX9 benefits include improved sustainability and environmental impact. Its new LEAP-1B engine, which is among the most advanced and silent in the world, and aerodynamically upgraded MAX AT winglets (located at the ends of the wings) make it possible to achieve greater efficiency, resulting in a 14 per cent reduction in the company’s fuel consumption and a 50 per cent decrease in the emission of polluting gases.

The new MAX9 started operations this month and will be used on the longest routes of Copa’s extensive network (80 destinations in 32 Copa Airlines countries) as of January 2019. The airline will add four more MAX9 aircraft to its fleet between October and December 2018, eight more in 2019 and nine in 2020, until completing the order of 71 Boeing aircraft in the coming years.