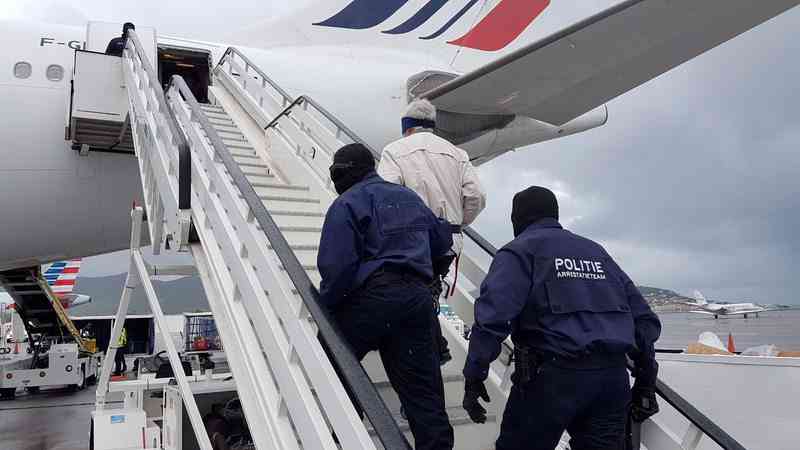 PHILIPSBURG–The European Court of Human Rights in Strasbourg, France, has condemned the “inhumane” detention of Italy-born casino boss Francesco Corallo, who was held at the police station in Philipsburg for months.

According to the Court’s ruling in the “Corallo vs. the Netherlands” case, which was published Tuesday, the Netherlands violated Article Three of the Convention for the Protection of Human Rights and Fundamental Freedoms.

The Court awarded Corallo 5,000 euros in immaterial damages and 5,500 euros for costs and expenses incurred before the Court.

Represented by attorneys Claudia Reintjes-Wendenburg from Maastricht, the Netherlands, and Eldon “Peppie” Sulvaran from Curaçao, Corallo complained that the conditions under which he was detained at the Philipsburg police station had not met the requirements prescribed by the Convention.

Article 3 of the Convention reads that “No one shall be subjected to torture or to inhuman or degrading treatment or punishment.” According to Corallo’s legal team, their client had been tortured for months. The European Committee for the Prevention of Torture and Inhuman or Degrading Treatment or Punishment CPT established in 2015 that no one should be allowed to be detained in police cells for more than three days, and in any case no longer than 10 days.

According to Reintjes-Wendenburg, Corallo was held in a 16-square-metre cell between December 13, 2016, and March  29, 2017, and between April 4 and April 12, 2017. During that period he shared this cell with five to six persons. For the remainder of his detention period he was held in a single-occupant cell of 12 square metres.

Corallo was arrested in St. Maarten on November 21, 2016, in response to an arrest warrant filed by the Civil and Criminal Court in Rome, Italy, as he was suspected of tax evasion, money laundering, embezzlement and membership in a transnational criminal organisation.

He was detained for extradition purposes between December 13, 2016, and  August 16, 2017, for a total of eight months and three days. Following a number of legal proceedings and several requests filed by his attorneys for suspension of his detention pending extradition, which were all denied by the Court, Corallo was extradited to Italy on August 16, 2017.

In the meantime, Corallo spent his days under extremely poor detention conditions. The toilet in the multi-person cell leaked and could not be closed off. Detainees had used towels and sheets to separate the toilet from the rest of the cell, which  was equipped with two bunk-beds for four detainees. It was the rule rather than the exception that one or two additional detainees were held there and that they had to sleep on mattresses on the floor at night.

The defence further argued that the one-person cell was not even equipped with basic equipment such as a cupboard, a table and a chair, that there was no structure in the detainees’ days, that medical care had been inadequate and that Corallo was locked up for 23 hours a day.

Attention was also drawn to the building structure of the cells, which did not provide access to natural light or ventilation.

Represented in this case by Deputy Agent at the Ministry of Foreign Affairs K. Adhin, the Dutch government contested Corallo’s complaints. The government admitted that the circumstances under which Corallo had been detained in St. Maarten had not been ideal, but claimed that the conditions under which he had been held pending his extradition to Italy had not been of such a nature that he should be regarded as having been subjected to treatment prohibited by Article 3 of the Convention.

However, the Court found that Corallo had been kept in detention under poor conditions and that the description of these conditions was not disputed by the government.

The Court reiterated in particular that Corallo had been detained for more than eight months, 114 days of which in a multi-occupancy cell, in a detention facility in which the CPT considered persons should not be detained for more than three days, and in any event never longer than 10 days, as the facility is “totally inappropriate” for holding remanded prisoners.

“Although the government submitted that the recommendations of the CPT had been fulfilled to a large extent and that the detention conditions in the Philipsburg police station had been improved, it was unable to specify this statement in respect of the applicant’s claim relating to the multi-occupancy cell, for lack of detailed information. In these circumstances the Court considered that there has been a breach of Article 3 of the Convention,” the Court stated in its verdict.

The Court did not find evidence indicating any arbitrariness regarding Corallo’s detention pending extradition, or more particularly, bad faith, deception or unjustified delays regarding the authorities’ conduct.

Further noting “the reasoned decisions” by the Joint Court on Corallo’s requests for suspension or termination of his detention, the Court is of the opinion that the facts of the case do not disclose any appearance of a violation of his rights under Article 5 of the Convention.

Attorney Sulvaran said he considered violation of Article 3  the worst infraction. “The magistrates are directly responsible for this. They have always allowed Corallo to be tortured. This conviction is, therefore, due to them. This is a shame for the Kingdom.