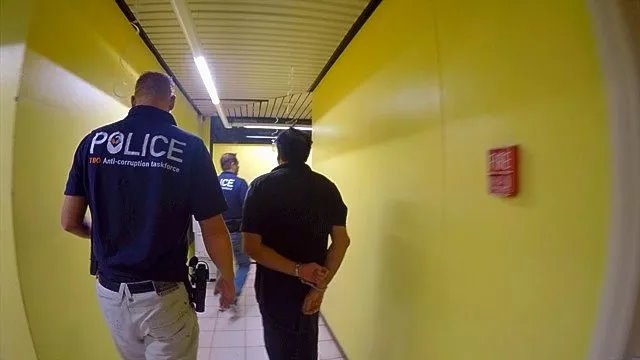 PHILIPSBURG–“The accusation that Global Starnet committed crimes of tax evasion as a result of non-payment of the special PREU tax that the concessionaires of the legal gaming system must pay to the Italian state, and taxes on business income, is totally devoid of any foundation,” attorney-at-law Eldon “Peppie” Sulvaran said in a statement on Monday.

The alleged tax evasion of more than 250 million euros, of which many news media have reported lately referring to Global Starnet Limited, to its shareholder Francesco Corallo, and to senior executives of the Group, “simply does not exist, not even in the documents provided by the Prosecutor who is conducting the investigation. The investigators, in fact, are not assessing the consistency of a hypothesis related to tax evasion, but merely of the late payment of taxes,” according to Sulvaran.

Casino-boss Corallo was arrested and detained on December 13, 2016, in St. Maarten at the request of the Italian authorities. He is suspected of tax evasion and money laundering, the Prosecutor’s Office said at the time. Since then, he has been held in detention pending his extradition.

Corallo’s arrest was the result of an international collaboration between Italy, Dutch St. Maarten, French St. Martin and the Netherlands. This fits into the joint, intensive approach to combat cross-border corruption and fraud, the Prosecutor’s Office said. In the investigation, among other things bank accounts and a large number of goods were confiscated.

According to Corallo’s lawyer, however, it should be noted that Global Starnet has paid in full all the amounts due for PREU, by making use of the possibility of deferred payment, recognized by law, and to pay in instalments, augmented with penalties for late payment of 10 per cent.

This possibility of deferred payment was granted and authorized by the authority in charge, the Agency of Customs and Monopolies AAMS.

“In the period between January 21, 2010, and December 23, 2014, the company has in fact honoured the rescheduling agreement with AAMS and paid in 20 instalments the amount of 63,212,970.52 euros, which includes some 10 million euro in penalties and interests. Global Starnet can provide all the detailed evidence, like for instance, the receipts of the payments or the approved instalment plan,” Sulvaran said.

The possibility of deferred payment was and is still being used by the other concessionaires in the communication network that controls the legal gaming activities, as part of the company’s cash-flow management, he said.

“Similarly, the allegation of the evasion of taxes on business income, that would have been committed in the period between 2009 and 2014, is also unfounded and untrue. Again, Global Starnet has decided to exercise its right to spread the payment of the amounts due and has therefore not evaded its tax obligations with regard to the company’s income tax IRES and IRAP. All this is in compliance with current tax legislation, which provides for the possibility of deferred payment with an instalment plan and increases, approved and agreed upon by and with the tax authority Agenzia delle Entrate.”

The most recent agreement extends until 2021, and is respected in full by Global Starnet, according to Sulvaran. “To this date, as is easily demonstrated with the receipts of the F24 models available to the company, Global Starnet paid over 50 million euros in IRAP and IRES. Global Starnet is fully compliant with its tax obligations, as can be evidenced by the statement of the Agenzia delle Entrate released in December 2016 at the request of Global Starnet, that ‘to date, there are no irrevocable pending charges,’” the lawyer said.

Sulvaran said he was certain that the allegations levelled against his clients would come to nothing. “We are certain, with confidence in the judiciary that these accusations will come to an end, just as in the past investigations against the Company have resulted in nothing. We reiterate emphatically that Global Starnet operates in full compliance with the law, on the basis of a fully current and regulated concession, and above all, without having committed any offense, including offenses related to accounting or the financial management of tax revenue.”

Corallo remains in detention at the police station pending his extradition hearing which is scheduled by the Joint Court of Justice for Tuesday, May 16.