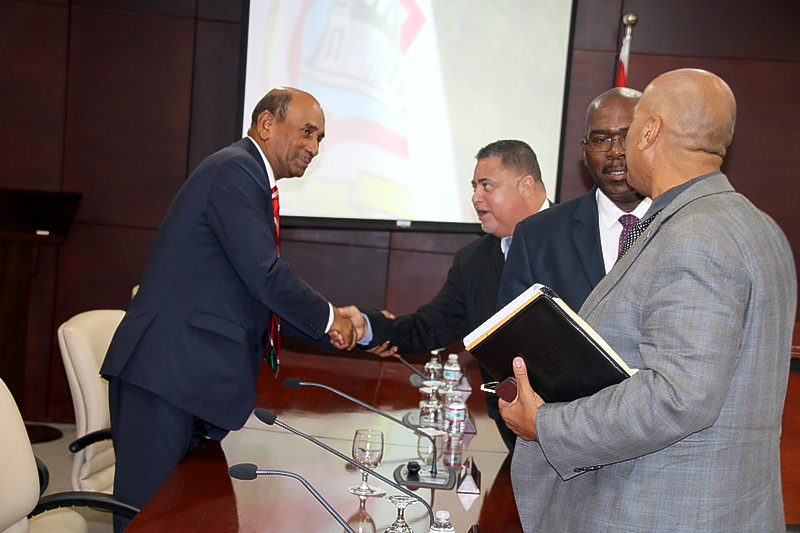 This is not the end of the process; the budget still needs the stamp of approval from the Committee for Financial Supervision CFT. Members of Parliament (MPs) reviewed the budget and questioned the Council of Ministers on the contents of the draft budget from Monday to Thursday. A total of seven motions were presented and voted on during the meeting on Friday.

MP Tamara Leonard stated that she would make history and would of voted for the budget but that would mean that she would be held responsible for future bad spending of government. She therefore cannot support the budget as is.
MP’s Frankie Meyers and Sidharth Bijlani followed their fellow MP and did not vote for the budget.

The draft budget for the coming year is up by NAf. 20 million compared to the amount budgeted for 2016. Government has earmarked some NAf. 74,819,330 for capital expenditures. The current 2016 budget stands at NAf. 438 million.
All seven motions presented in Parliament were passed by majority of Parliament.