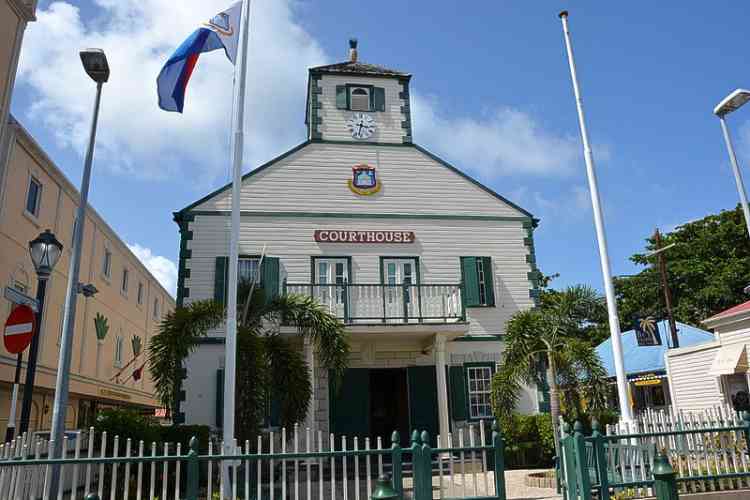 PHILIPSBURG–Former office manager at the Court of First Instance in St. Maarten M.J.-C. has lost the civil procedure filed with the Arbitration Court for Civil Servants against the decisions made by the Board of Director of the Joint Court of Justice concerning her suspension and dismissal and against the board’s decision to deduct from her salary and other allowances the amount she is suspected of embezzling.

The former recorder, who became office manager as per October 10, 2010, was suspended on April 6 after it emerged she had embezzled sums of money from the Joint Court of Justice’s bank accounts.

The Joint Court dismissed her on June 23, but she filed for appeal against these decisions. In Tuesday’s verdict, the Judge in the Court of Arbitration for Civil Servants declared all appeals unfounded.

M.J.-C. was arrested by National Detectives on September 7 in what was dubbed the “Triggerfish” investigation. She is suspected of having embezzled considerable sums of money from the bank accounts of the St. Maarten branch of the Joint Court of Justice of Aruba, Curaçao, St. Maarten and of Bonaire, St. Eustatius and Saba over an extended period of time. She had access to these accounts by means of her position, the Prosecutor’s Office said at the time.

After the arrest, the National Detectives carried out two house searches in Cay Bay and Cole Bay, during which documents and data carriers were seized.

Investigations by a financial controller revealed that there was no proper and complete administration of the receipts and expenses of the Joint Court’s third-party accounts for the years 2013 up to and including 2017.

The woman was informed on February 28 that she would be suspended for three months, starting from March 9, due to the Control Board’s suspicion that she had failed to perform her duties as a civil servant “meticulously and diligently.”

The suspicion of serious dereliction of duty had cast doubts about the office manager’s integrity and her ability to fulfil the function of office manager. Also, the Board of Directors feared that her presence on the work floor could jeopardise ongoing investigations and that she could directly or indirectly influence these.

Claims by the complainant that her suspension was unjustified, that the measure had a “slanderous character,” and that there was no “objective reason” were dismissed by the Civil Servants’ Court.

The Court said the decision to suspend the office manager had been made on solid grounds. From a report which was filed March 12 it emerged that M.J.-C. very frequently cashed cheques from the third-party accounts between 2002 and 2017. A follow-up investigation into the third-party funds at the Joint Court’s St. Maarten branch confirmed this, the Judge said in Tuesday’s verdict.

M.J.-C. did not contest that she had made cash withdrawals, but said the total amount of US $1,148,160 withdrawn between 2002 and 2017 was totally unfounded. However, the Court arrived at the conclusion that the amount was correct.

By decision of July 6, the Board of Directors has set off an amount of NAf. 29,591.71, expressly reserving the right to recover any other amounts from the office manager.

According to the Joint Court’s Board, all cheques were signed by M.J.-C., who claimed that the payments were made on the orders of a former Joint Court President, with the knowledge of two judges. She further said that the Courthouse had been burglarised in 2007 and it had been insufficiently investigated what documents had been stolen, which should not come at her expense.

She also stated that due to the fact that she had been banned from entering her office during the investigation, she could only answer questions from memory and was unable to provide any documents.

The Court rejected these claims, as investigators had confronted the judges mentioned by her. These judges had said they were not aware of any order to make periodic payments from the accounts.

It emerged from the March investigations that under M.J.-C’s responsibility blank cheques were signed up front to make the process easier, which rendered the cash withdrawals uncontrollable.

“Because the complainant cannot justify the cash withdrawals in a credible way, she has violated the trust in her and has made herself guilty of dereliction of duty,” the Judge said.

The Civil Servant’s Court ruled the disciplinary punishment of dismissal not disproportionate, as the woman had withdrawn large sums of money over a very long period of time, for which she could not provide an explanation.

The fact that at the time there were no guidelines for the management of the third-party funds did not make this behaviour any less serious, according to the Judge.

The complainant’s claim that she did not have sufficient staff to ensure adequate administration of the third-party funds, that there was a labour dispute with one of the employees and that she had a long record of service did not affect the seriousness of her conduct either, the Court said. The dereliction of duty was qualified as serious and, therefore, dismissal was deemed not disproportionate.

The criminal investigation against M.J.-C. is still in full swing, the Prosecutor’s Office said Tuesday. Also yesterday, the Court denied an appeal against the suspect’s 60-day pre-trial detention.