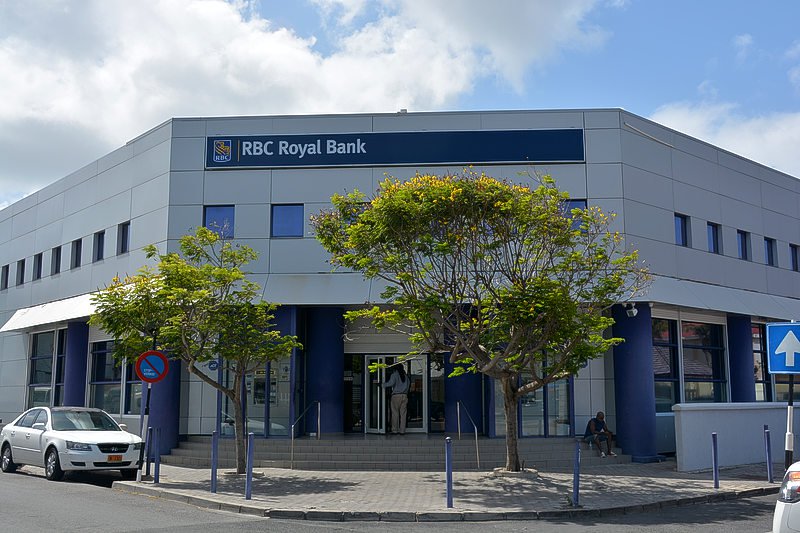 PHILIPSBURG–The Court of First Instance, in two separate procedures, on Tuesday ordered RBC Royal Bank to continue its banking relations with the management companies of nine casinos and to refrain from closing these companies’ bank accounts. In case of non-compliance, the Bank was ordered to pay damages.

Risk label
In February 2016, RBC had informed the casinos by letter that it wanted to terminate its longstanding relations with the casinos “as a result of changed risk profiles which no longer fit our risk appetite” and that it would close their accounts held with RBC.
Since 2013, RBC is using a so-called Risked Based Approach (RBA) to give each client a “risk label,” based on which the bank decides whether a client should be intensely monitored or not.

Based on the RBA, the nine companies were advised to seek alternative banking arrangements from May 2, 2016, at the latest. However, considering that the companies had approached other banks on the island without any results, the casinos received some respite with a new termination date set for September 1, 2016.

The holding companies are running casinos in St. Maarten, in some cases for more than 34 years, during which they have been doing business with RBC and its legal predecessors Royal Bank of Trinidad and Tobago (RBTT) and ABN-Amro.

The casinos called upon the Court to order RBC to continue all banking relations with them and to attach penalties in case of non-compliance.

According to the casinos, RBC was unreasonable in its desire to terminate the banking relations. In doing business, casinos depend heavily on bank accounts. Casinos are important contributors to the island’s economy and employment and need to be able to make cash payments, accept cashless credit entries, make booking orders, have credit card facilities, and be able to pay out salaries into the bank accounts of their employees, the companies stated.

According to RBC, Jump Up and Hollywood Casinos are in the hands of “high risk ultimate beneficial owners” Ilario Legnaro and his wife Enrica Franca Carcano, who are considered high risk as a Court in Milan, Italy, sentenced Legnaro in 1996 to eight years and four months for involvement in mafia-related activities, RBC claimed.

The Italian may not be the direct owner of the casinos or a board member, but he would have factual ownership, RBC said, adding that Legnaro could be linked with the Italian mafia.

The casinos refuted these statements, which they said were based on “uncontrolled” media reports. They said there is no legal documentation on Legnaro known with the judicial authorities in Italy and Switzerland.

In the other cases, RBC claimed that ultimate beneficial owner Sudi Özkan had been in the news several times for (financial) malpractice, which was one of the grounds to also terminate the banking relations with these six casino holding companies.
In all these case, the Court confirmed, as it had during last year’s legal proceedings, that the Bank is allowed to terminate its banking relations with what it considers to be high-risk clients, but it should also take its clients’ “justified” interests into account, and uphold the “standards of reasonability and fairness.”

Considering that casinos rely heavily on banks because their business operations are not possible without bank accounts and this would also be undesirable, and because RBC plays an important role in St. Maarten and has been a casino banker for many years, it is the Bank’s obligation to cooperate in finding a solution, the Judge stated.

Taking everything into consideration, the Judge ruled against RBC in all cases. The Bank was ordered to continue its banking relations and to keep the bank accounts open of Vegas Amusements, Coliseum Realty, Oasis Gaming, Pleasure Port, Port de Plaisance and Tropical.

The Bank must allow deposits, payments, the use of credit cards and other banking services, or in case of non-compliance, pay US $1 million for every cancelled bank account or credit card, and $10,000 for every declined payment order, depreciation and deposit.
In the cases of Jump Up Casino, Casino Rouge et Noir and Hollywood Casino, the Judge ordered RBC to continue its banking relations “as usual” until claimants managed to do business with another bank.

RBC was ordered to pay $250,000 for every closed bank account and $5,000 for every other service it fails to provide to the companies. The Bank will also have to pay the legal costs for both proceedings, which were set at NAf. 8,946 in total.