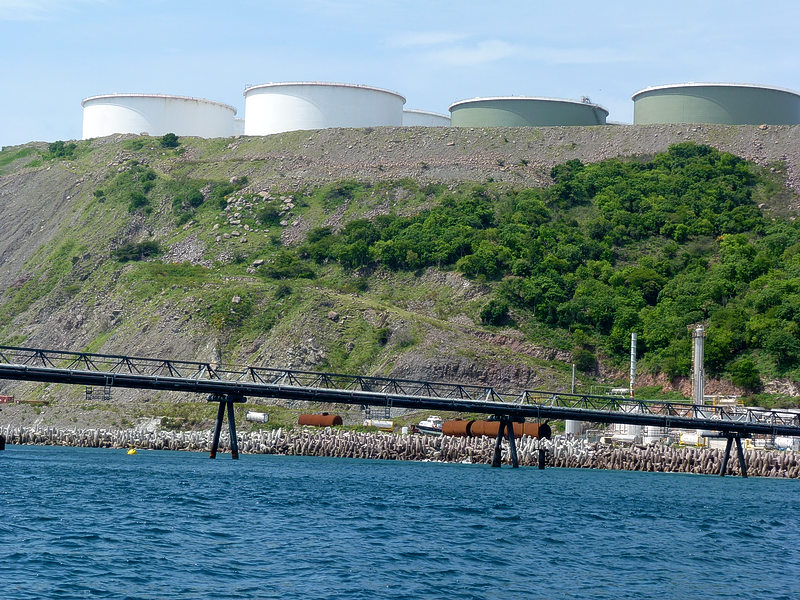 ST. EUSTATIUS–The Joint Court of Justice has rejected the appeal launched by NuStar Statia Terminals N.V. against the permit granted to the company by the Island Government of St. Eustatius. The Texas-based company operates an oil terminal on the island.
The Island Government issued a permit to NuStar on May 24, 2013, for the storage and transhipment of mineral oil products with a total storage capacity of more than 2,200,000 cubic metres, and for a refinery with a capacity of 30,000 barrels per day, for three months a year.
NuStar had filed an appeal against the permit, which was rejected by the Court of First Instance on February 17, 2015. The company then filed an appeal against this Court decision, which was heard by the Court of Appeals on March 17.
The Island Government was represented by the Ministry of Infrastructure and Environment in The Hague during the legal procedures. On the Court’s request, the Advisory Foundation on Administrative Law in Environmental cases and Spatial Planning STAB provided an expert’s report.
The St. Eustatius Nuisance Ordinance of 1993 stipulates that without a permit it is forbidden to start, carry out, extend or change any activities with an environmental impact.
The Executive Council attached a number of requirements to the permit issued to NuStar three years ago, including a replacement scheme for the existing combustion installations on the Terminal grounds, which all have to be replaced with the best available technology within 15 years.
The permit also puts a maximum level on the emission of sulphur by the plant’s diesel generators, as well as specifications for a new hot-oil unit, boiler and furnace.
The Joint Court did not find any grounds to quash the permit, as its stipulations were not considered unreasonable, it stated in its decision.
NuStar had claimed that the Court of First Instance had disregarded the cost and effectiveness attached to the stipulations mentioned in the permit. For instance, the Court had not taken into account that the prescribed fuels are not locally available.
In referring to NuStar’s Health Safety and Environment Proposal Expert Report, the company stated that the Executive Council had failed to take the lifetime of the to-be-replaced combustion engines into account.
Citing an air quality report published by Royal Haskoning in July 2013, NuStar pointed out that the Executive Council had not considered the local circumstances. The company also stated that its competitiveness was in jeopardy because other islands in the region had less stringent regulations for similar installations.
Despite all the criticism, the Joint Court arrived at the conclusion that the appeal was unfounded and that the contested ruling should be confirmed.