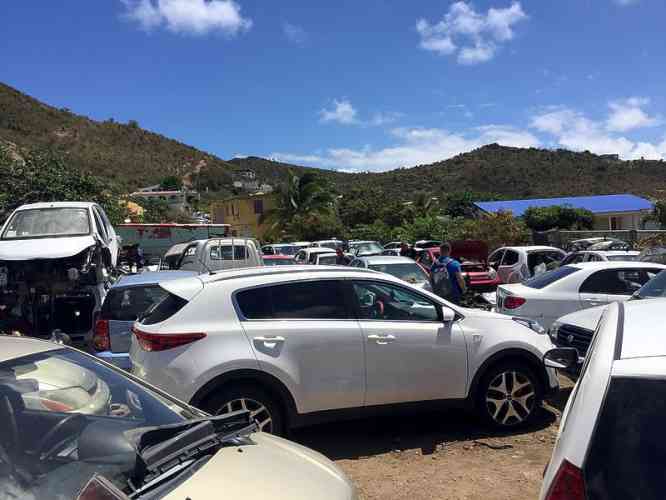 MARIGOT–Following an investigation, Eduardo Juan, born 1993 in St. Maarten, was sentenced on March 21, in Basse-Terre, Guadeloupe, to two years in prison for having participated in numerous vehicle thefts on the French side of the island, the Prosecutor revealed.

The Gendarmerie had set up an investigation group to deal with the large number of vehicle thefts, particularly on the French side, where vehicles were transformed by changing the electronic computer with a new start key and sometimes masking the original serial number by indenting a new serial number which permitted the vehicle to be re-registered on the Dutch side and again on the French side.

Last week, a joint cross-border operation to recover 19 vehicles stolen in recent months, some of them from France, was carried out at a site in Sucker Garden thanks to the cooperation of the Philipsburg Prosecutor’s office and KPSM.

Cooperation continues to facilitate the exchange of stolen vehicle files between the French and Dutch law enforcement officials, and to raise awareness among the administrations of both parts of the island in charge of registration to check vehicle engine numbers before providing a new registration. The information is to be compared with databases of stolen vehicles, and also to facilitate the return of vehicles to victims or their insurance companies.