Home Local News Court sessions on Saba and Statia to be handled by St. Maarten... 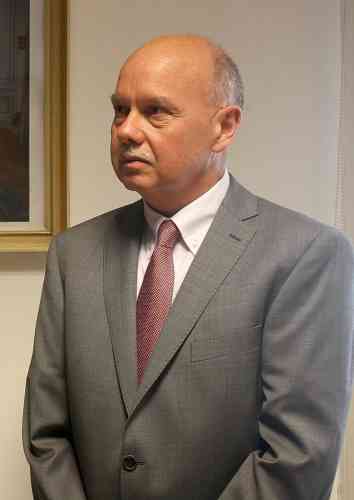 SABA/ST. EUSTATIUS–From now on, most criminal court sessions on Saba and St. Eustatius will be handled by a Prosecutor from St. Maarten instead of by a colleague from the Prosecutor’s office for Bonaire, St. Eustatius and Saba.

Chief Prosecutor Henry Hambeukers gave details on the changes in which the Prosecutor’s Office will be handling the hearing of criminal court cases on Saba and Statia.

“The new changes will cut down on overall cost and time needed to travel to Statia and Saba for court sessions, as well as allow the Prosecutor’s Office to focus more on the Windward Islands. Every criminal court session requires a Prosecutor to be present for the proceedings,” Hambeukers explained.

For a two-hour court session on Saba or Statia, a Prosecutor would be away from Bonaire for three days, just awaiting the session, the Chief Prosecutor said. Due to the cost and time, the travelling Prosecutor would try to have meetings with the Island Governors, the Police and other judicial partners. “Communication suffered because of this,” he said.

The new change will have a Judge flying to the island in the morning for Court sessions. A Prosecutor from St. Maarten will also fly in on the same day of the Court session.

The change to the system, Hambeukers stated, allows them to have more time to travel to the islands for issues related to the islands and not just for court sessions.

Before the constitutional transition of October 10, 2010, criminal Court cases that were heard on Statia and Saba were also handled by a Prosecutor from St. Maarten.

After 10/10/10, the cases were handled by Caribbean Netherlands Prosecutors. “Now we are turning back time a little bit,” Hambeukers said. “The situation that existed since 2010 cost too much and was not necessary.”

The Attorney General agreed and give his permission to go ahead with the changes.

Hambeukers said the changes will make the Prosecutor’s Office’s efforts towards Saba and Statia more effective.