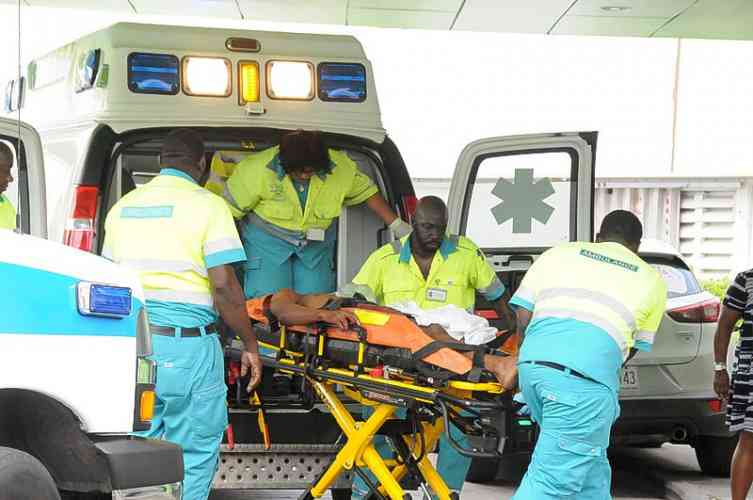 PHILIPSBURG–The Judge in the Court of First Instance on Wednesday suspended the pre-trial detention of a 21-year-old suspect accused of having stabbed a man to death in Dutch Quarter on December 5, 2017. J.M.G. was released pending the hearing in his case, which was set for 10:00am May 23, the Court decided.

The incident allegedly had to do with a parking spot on Madrid Drive where both the accused and the victim were living. The two men reportedly started arguing the day before the fatal stabbing about who should be parking in a lot close to their homes. The victim allegedly flashed a firearm and told his neighbour that he would park where he wanted.

The next day the two men had another encounter during which the victim allegedly attacked the suspect with a knife. The suspect, who remained uninjured, said he had managed to get hold of the knife by using a special technique. In pleading self-defence, he confessed to stabbing his assailant in his abdomen.
The stabbing victim passed away hours after he was admitted to St. Maarten Medical Center’s Emergency Room.

According to the Prosecutor’s Office, the victim sustained not one but 10 stabbing wounds all over his body. Therefore, the Prosecution will be requesting a conviction on murder or manslaughter charges, it was stated Wednesday.

A re-enactment took place on Friday, March 16, to shed light on the circumstances under which the crime was committed, the Prosecutor said.
According to the Prosecution, three of the stab wounds were fatal. “Typical defence wounds have not been present,” the Prosecutor said in quoting the examining pathologist. These were all indications of a quarrel that ran out of hand, not of self-defence, is the Prosecutor’s position.

Attorney Sjamira Roseburg pleaded for the immediate termination of her client’s detention; he has been held in custody since December 5, 2017. She said that based on her client’s consistent statements and Friday’s re-enactment it had become sufficiently plausible that her client had acted in self-defence.

She said the victim, whom she described as the “neighbourhood’s terror,” had threatened her client with a firearm twice during the previous day. One day later, her client had come under attack again and even after he had taken the knife from his assailant the fight continued. At that moment her client had stabbed the victim, Roseburg explained.
According to the Prosecutor, the suspect should remain behind bars pending his trial, but after a brief recess the Judge decided otherwise.

The Court suspended the suspect’s pre-trial detention. In the meantime, he will not be allowed to come to the scene of the crime. He was also ordered to live with his father, who is a prison pastor and counsellor with Turning Point Foundation.
The defendant was also banned from contact with relatives of the victim, must be available for questioning by the police and prosecution, and must appear at his May 23 hearing, the Court decided.