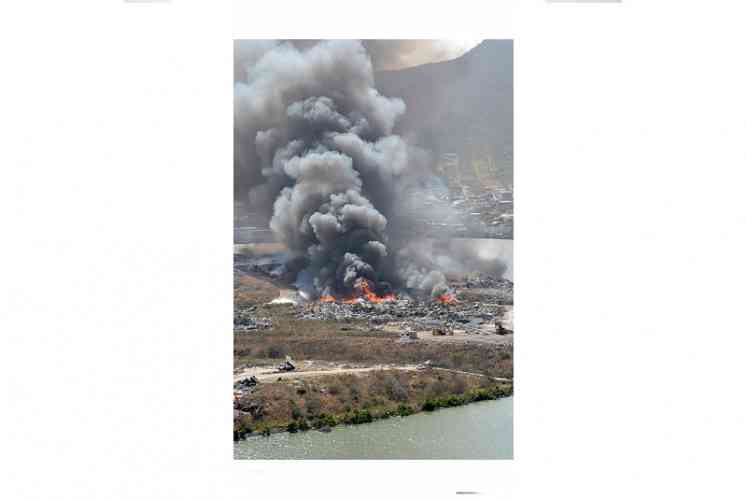 The Court of First Instance confirmed that parties involved in the injunction, which was filed August 24, will be heard that day.

In the injunction plaintiffs request that the Court order government and the dump operator to take effective measures to prevent the emission of smoke, gases and stench at the landfill within three months following a Court ruling.

They also request that the Court order government to have an official institution such as the Netherlands Institute for Public Health and the Environment RIVM conduct measurements of the toxic fumes.

In case of non-compliance with the verdict, the Judge is asked to attach daily penalties of US $5,000, with a maximum of $1 million.

The plaintiffs base their claim on legal protection they may invoke under environmental laws which are anchored in the Civil Code. Furthermore, they argue that government and the dump operator can be held liable based on “tort” or an “unlawful act.”

Article 5:37 of the Civil Code is at the core of the dispute, as this article stipulates that the owner of a parcel of land may not cause hindrance such as but not limited to noise, smoke, gases, stench and tremors in a tortious manner to the owners of other parcels of land.
Cannegieter (76) lives at Sugar Hill Drive in Dutch Cul de Sac, less than two kilometres from the dump. Koster lives in Beacon Hill, which is at a distance of seven kilometres as the crow flies. He works as an attorney at BZSE law office in Belair, which is about two kilometres West of the dump.

According to plaintiffs, government has not developed any “serious” plans or policies to tackle the problems with waste. Cannegieter, Koster and BZSE hold Country St. Maarten and Robelto and Son liable, as these allegedly have failed to take any visible action to prevent or reduce the inconvenience, even though it is stated in Article 22 of the Constitution that “the government’s constant concern is directed at the habitability of the country and the protection and improvement of the living environment.”

According to plaintiffs, Country St. Maarten is in violation of its constitutional obligation to promote public health and quality of life in the country.