Home Headlines & Top Stories Court to rule in Supervisory Board vs. GEBE October 1 |... 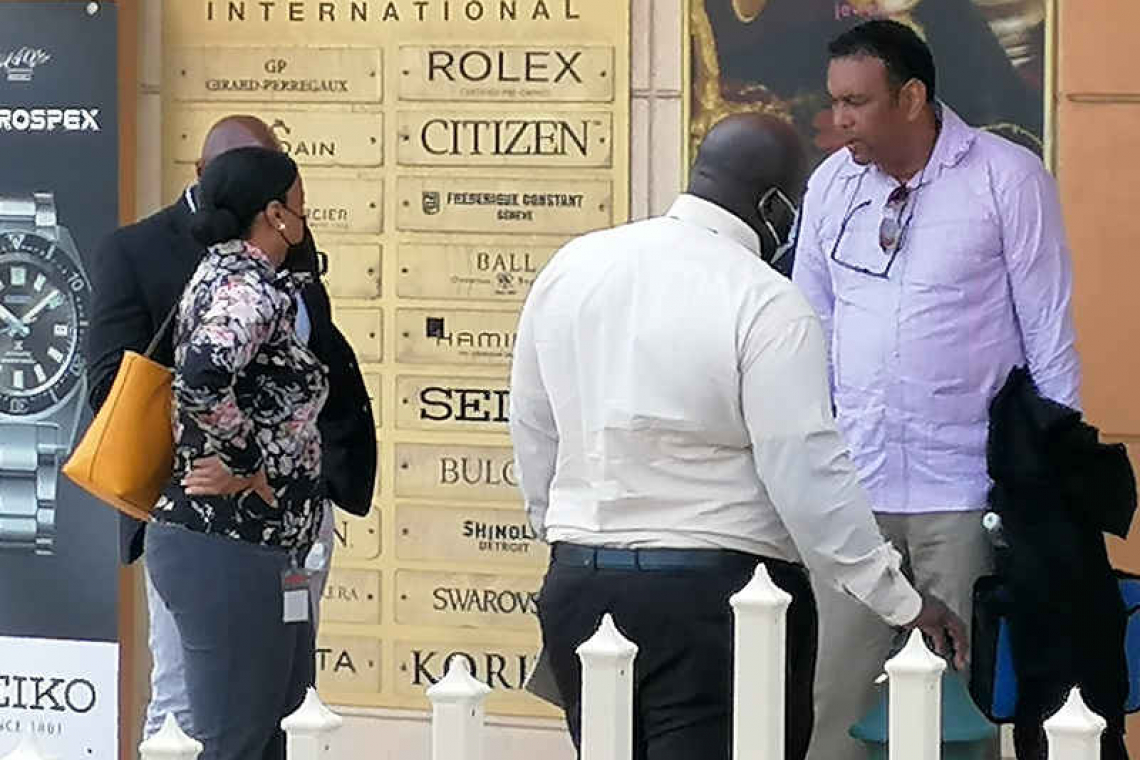 PHILIPSBURG–Following three injunctions, the Court of First Instance on Monday afternoon finally dealt with the content of the case of GEBE Supervisory Board of Directors members Roberta Diaz and Conrad Richardson versus water and electricity company GEBE.

In these proceedings the two remaining Supervisory Board members – there are currently five vacancies in the board – primarily want to prevent country St. Maarten, the sole shareholder of GEBE, from appointing former Internal Audit Department head Sharine Daniel to any board position within GEBE, as they claim this would be harmful to the company’s interests.

They are of the opinion that “specific” board members are being silenced, that the shareholder gives little or no room for explanation and consultation, and that it leaves agenda points brought forward by other GEBE bodies outside the discussions.

They also claim that a number of decisions should be declared null and void as these were not made in a formal shareholder meeting. These include a decision of the shareholder of August 6, 2021, that Supervisory Board members be heard because of the shareholder’s intention to fire them.

The Supervisory Board members also call on the court to scratch the shareholder’s decision that GEBE temporary manager Devon Dembrook is not entitled to represent GEBE, as a result of which the shareholder would also not be obliged to hear him about decisions, or to speak with him about certain agenda items.

Litigants also oppose the decision made by the shareholder in July/August to obtain advice about the appointment of new members to the Supervisory Board without notifying the Corporate Governance Council (CGC) about to which vacant positions those members should be appointed and without following an application procedure first.

However, the most far-reaching request is that GEBE definitively and in any case until the judge has decided in the proceedings on the merits, waives its intention to appoint Daniel to any GEBE board position, “since this will demonstrably be harmful to the interests of NV GEBE,” Diaz and Richardson claim.

As an alternative, plaintiffs demanded that the court order GEBE to refrain from the execution of its decision to appoint Daniel until the court has rendered a verdict in labour law procedures initiated by GEBE against Daniel. This matter will be heard by a different judge today, Tuesday.

The fact that the interests of the general shareholders’ meeting as an entity of NV GEBE, or the possible private interests of certain members of the Council of Ministers who embody the general shareholders meeting may benefit from this appointment, do not outweigh the general interest of NV GEBE to have a knowledgeable, honest, professional person in this position [chief executive officer (CEO) of GEBE – Ed], said attorney-at-law Jairo Bloem in his pleadings.

According to the remaining Supervisory Board members, there are sufficient reasons to doubt whether Daniel would be the right person for the job.

“In fact, and this is the point, there are concrete indications that the well-being, and thus the interests of NV GEBE, will be harmed by her [Daniel’s] appointment. As a result, extreme care is required, which is not or insufficiently exercised by the shareholder, ergo NV GEBE,” Bloem said.

According to litigants, decisions are taken outside formal meetings and are against the law, unreasonable and unfair. They also have their doubts about the legal validity of the decisions to appoint J. Temmer as GEBE’s chief operations officer and G. Williams as the company’s chief financial officer.

Speaking on behalf of GEBE, attorney-at-law Zylena Bary called on the court to “integrally” reject all claims submitted by Diaz and Richardson and to declare their case inadmissible.

“The claims made to prevent the shareholder from exercising its statutory right disproportionately harm the interests of the shareholder,” Bary claimed.

According to GEBE’s lawyer, the contested shareholder decisions are not subject to judicial review. “These have no legal effect, and therefore, the interests of the claimants have not been violated.”

Bary said the claim against Daniel’s appointment was “premature” as Daniel has not been appointed as GEBE’s CEO as yet.

She also said the Supervisory Board members, “who have put the shareholder’s integrity in question,” are trying to prevent their own dismissal based on “improper” grounds. “It is all a matter of buying time,” she said.

Bary said that claimants had been treated “reasonably and fairly” in general shareholders meetings. She said the claims were “unclear”, too widely formulated, and “not further substantiated. It remains unclear what exactly is unreasonable and unfair,” the shareholder’s lawyer said.

Putting on hold, among other things, the filling of five open positions in the Supervisory Board until the judge decides in the main case would cause unnecessary delays, Bary pointed out.

“That could easily take a year,” the shareholder’s lawyer said, adding that there is no legal obligation to submit documents to the CGC.

The judge will give his decisions October 1.