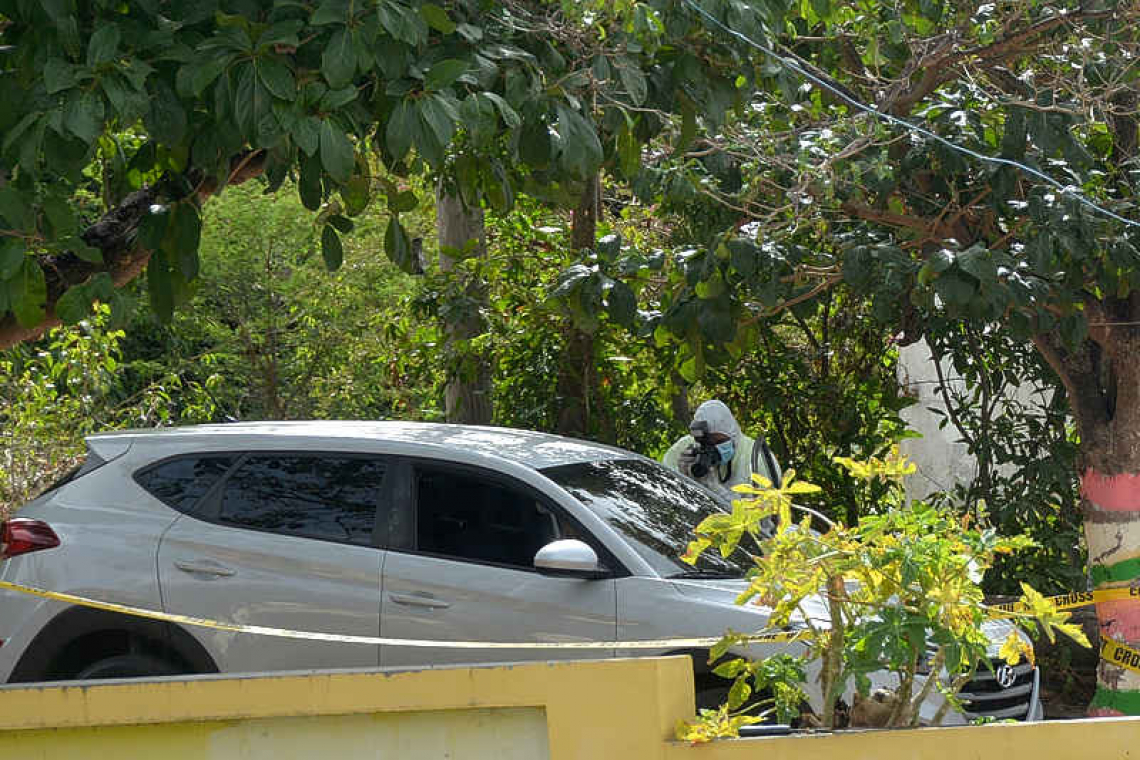 A forensic investigator taking photographs of the vehicle in which the lifeless body of Juancho Raymond Cannegieter was found on August 8, 2018. (File photo)

PHILIPSBURG–The Court of Appeals on Thursday confirmed the verdict of the Court of First Instance of June 26, 2019, which sentenced suspect Ridy Edouard to prison for eighteen years as he was held responsible for having gunned down and killed Juancho Raymond Cannegieter (39) in a yard near his home on Marigot Hill Road, on August 6, 2018.

The police found Cannegieter lifeless in his vehicle, with two gunshot wounds to his head, which were fired from a short distance.

Edouard (38) became a suspect after he was found in possession of the victim’s phone shortly after the shooting. However, he denied the charges and filed an appeal.

The Prosecutor’s Office charged him with murder/manslaughter and with possession of an illegal firearm. For these crimes, the solicitor-general demanded a prison sentence of 20 years. Edouard’s lawyer Safira Ibrahim pleaded for her client’s full acquittal during the appeal hearing.

Three days after the shooting, Edouard was apprehended after it was found that he possessed the deceased’s mobile phone. WhatsApp messages found on Edouard’s phone showed that they had arranged a meeting during the night of the murder in connection with a deal about car rims.

Based on the evidence provided in this case, the Court of Appeals found it legally and convincingly proven that Edouard was the person who had taken Cannegieter’s life in a premeditated murder.

Because of Edouard’s behaviour during his trial, the prosecutor called for a 20-year prison sentence. The Court of Appeals agreed that his attitude during the preliminary investigation and the court hearings could be called “reprehensible” as he continuously accused others of involvement in the crime.

However, this was, in the Court’s opinion, no reason to deviate from the published Joint Court orientation points, from which it follows that murder merits imprisonment for 18 years.