Home Local News Courthouse back in business as per Monday, October 16 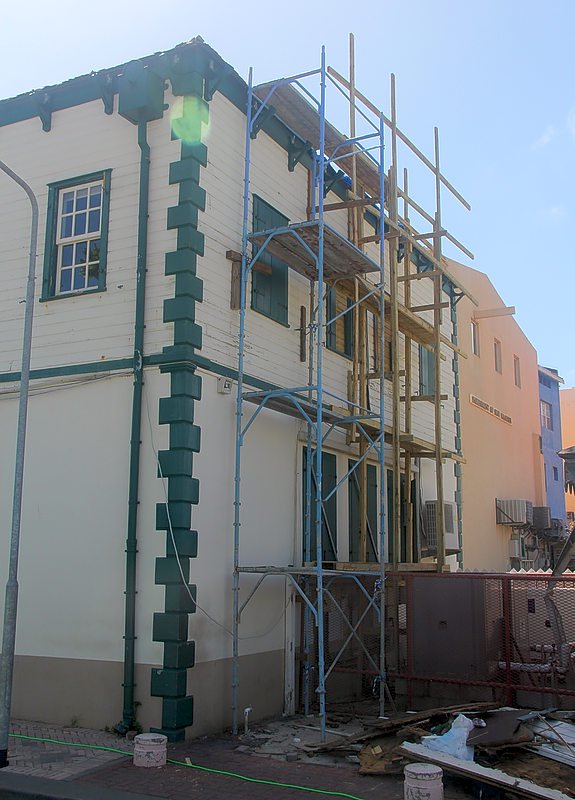 PHILIPSBURG–The Courthouse was considerably damaged by Hurricane Irma, which struck St. Maarten on September 6. The St. Maarten branch of the Joint Court of Justice will be reopening to the public as per Monday, October 16, at 7:30am, the Court said in an official statement.

The date for reopening has been set in consultation with the Prosecutor’s Office and with the Dean of the St. Maarten Bar Association.
Until the reopening only emergency requests such as injunctions, may be submitted to the Court.
From October 16 the Court will be working with an alternative schedule in which sittings in all legal areas will be on offer, be it at a lower frequency than normal.
Detainees will also be heard at the Courthouse as usual, instead of at Pointe Blanche prison. The first hearings in criminal cases are scheduled for Wednesday, October 18, and Thursday, October 19. It is not yet known whether looters will also have to appear in Court on these dates, Judge Peter Lemaire said.
Scheduled hearings in all legal areas which had to be postponed in the Hurricane’s aftermath will be rescheduled. Judges and court recorders from the Joint Court branches in Aruba and Curaçao will be flown to St. Maarten to assist with the backlog.
The historic Courthouse, which dates back from 1793 and was thoroughly renovated in 2011, did not escape Hurricane Irma undamaged. Especially the backside of the building sustained damage after it lost the roof at that location.
The main upstairs courtroom remarkably enough remained undamaged, but especially the library and one of the Judge’s rooms were damaged by inflowing rainwater. The balcony on the Courthouse’s front was ripped off by the Hurricane.
However, Judge Peter Lemaire also had some good news to tell during a tour of the building on Friday afternoon.
“None of the damage is beyond repair. No books or legal documentation were lost,” the Judge said. Piles of boxes have been stored in the hallways as material is being allowed to dry.
The wooden floor in the downstairs “Flamboyant” courtroom was also damaged by rainwater. Judge Lemaire is, however, hopeful that the floorboards are not lost and will be able to be re-used once they are fully dried out.
Scaffoldings were placed at the back of the Courthouse and the roof has in the meantime been provisionally closed and courthouse workers are busy cleaning up. The servers are back up and running and it is expected that most air conditioners will be functioning again when the Courthouse reopens.
The Courthouse’s Annex across from Wilhelminasteeg, where the Parliament of the former Netherlands Antilles was located, also sustained considerable damage to the roof. It is not expected for the Annex to be available for the official reopening of the Court next week Monday, Court spokesperson “press judge” Carolien Giessen said.