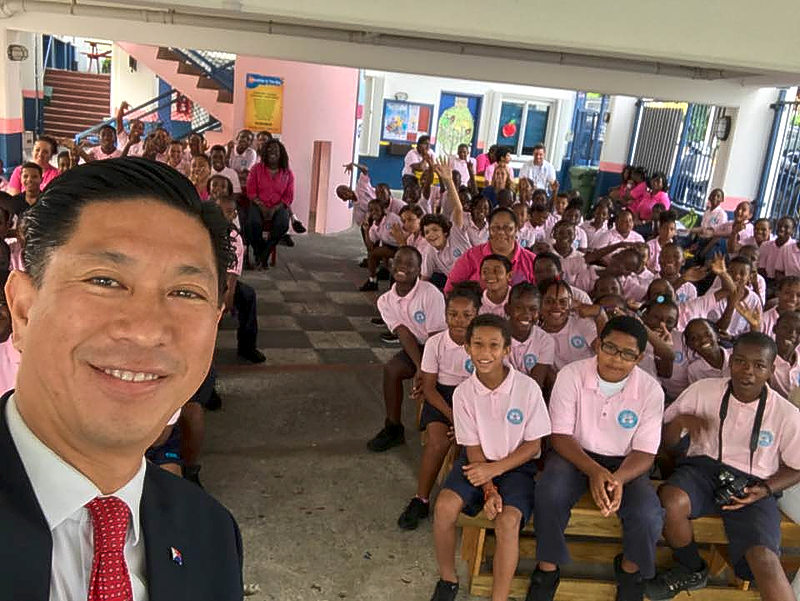 The project aims to educate the youth on how to eliminate mosquito breeding sites through an interactive approach. Eventually more schools will also use the programme. Each school will form its own squad of fourth-grade children supervised by a teacher.

This mosquito control programme utilises school inspections as a tool to help protect the health of pupils and teachers at the school. Pupils taking part in their school’s Mosquito Squad will be tasked with making routine inspections every Monday, 10 minutes before recess is over, to identify breeding sites.

Pupils will be allowed to take pictures of their inspection and these pictures will be posted on CPS’ Facebook page. To carry out their task presentations and interactive sessions will be conducted on mosquito biology, transmission of viruses such as Zika, chikungunya and dengue, and eliminating breeding sites. After each inspection, the school janitor will walk around to ensure that all breeding sites are cleared. The members of the squad will be changed every two weeks.

In addition, the schools will be provided with information formatted in a creative manner through games and puzzles. American University of the Caribbean School of Medicine has also provided the “Z-PACK” activity and colouring book which was developed by medical students.

At the end of the year, each school will be honoured with a plaque for its effort based on the established methodology.

Minister of Education, Youth, Culture and Sport Silveria Jacobs was on hand during the launch on Monday.