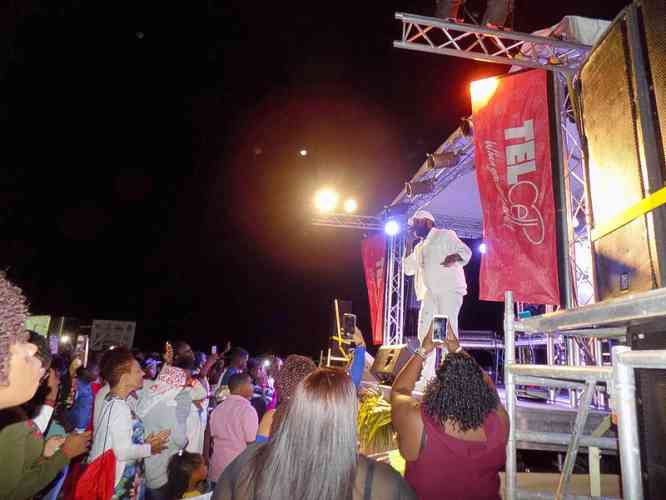 A large crowd cheering and singing along with Tarrus Riley.

ST. EUSTATIUS–There was a large turnout for the Mega Musical Experience Concert 2018 held in St. Eustatius.

The Mega Musical Experience featured the launching of the Dare 2 Care Domestic Violence Campaign in St. Eustatius, a collaboration between Care Partners, the Island and Dutch Governments and Mega D Youth Foundation, to raise awareness of domestic violence on the island and to bring children, parents, and families together.

Local Soca Monarch King Face of Rebels Band HD performed during the concert. Tito Puente Jr. took to the stage thereafter, and all the Latin-music lovers in general, and salsa aficionados, were moving to his beats.

Then, headline reggae singer Tarrus Riley took to the stage with the stage and surrounding areas turning into standing room only from that point.

Riley interacted with his fans, as they sang, danced and cheered along to his music. Fans commented on Riley’s great show.