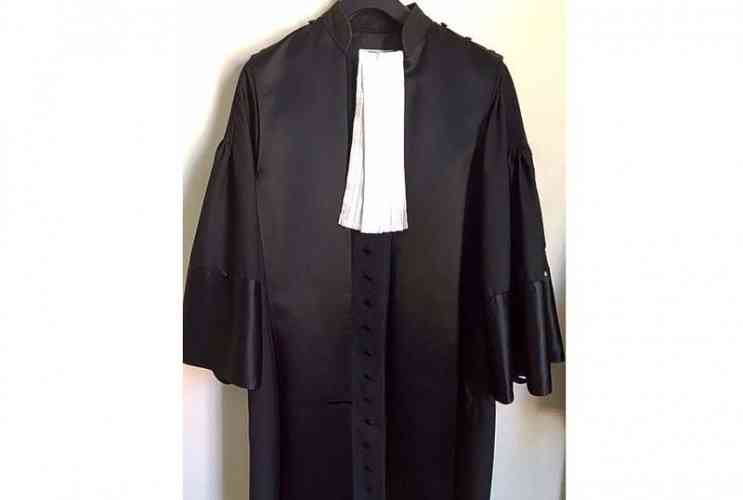 PHILIPSBURG–Crown witness R.M. must be heard in St. Maarten in the Larimar investigation, the Court decided on Thursday. The Court is to work with the Prosecutor’s Office and other justice stakeholders to ensure his safety during the trial.

The Larimar investigation involves corruption, money-laundering and payment of bribes to a public official as well as civil servants in St. Maarten, by construction companies.

Some of the suspects in this case are suspended Member of Parliament (MP) Theodore Heyliger and his stepfather G.H.W.P., as well as R.J.E. and former Windward Roads Director J.B.

M. is the crown witness in this case as well as one of the main suspects. He is charged with the alleged bribery of Heyliger in 2011, who was then-Minister of Public Housing, Spatial Planning, Environment and Infrastructure VROMI.

During the first preliminary hearing, which was held in May, the judge approved eight witnesses to be heard by the defence team, including major witness M. who was to appear personally in Court to answer questions from the defence.

On Friday, October 25, the Prosecutor called on the Court to reconsider this decision, as M. had been transferred from the Pointe Blanche prison to the Netherlands late 2017/early 2018 for safety reasons.

Since his release from pre-trial detention M. is under a system of “surveillance and security,” the Prosecutor said, which means that if he would have to be transferred to St. Maarten for five to seven days to testify in his case, “severe” security measures would have to be taken for his protection.

Hearing M. as a crown witness in this case would pose a risk, and if someone would want to harm M. this would not only put him at risk but also others in the courtroom, including his co-suspects, their lawyers and the public, the Prosecutor cautioned at the hearing.

A Dutch lawyer of a crown witness was shot dead in September. In response to the fatal incident the Prosecutor’s Office in the Netherlands has tightened security measures for the protection of crown witnesses.

As M.’s lawyer was also concerned about the safety of his “very frail” client, the Prosecutor suggested two alternatives for the hearing of suspect M.: via video-conferencing, or by a visiting committee from St. Maarten consisting of the judge, the Prosecutor and the defence.

Heyliger’s lawyer Eldon “Peppie” Sulvaran had insisted that M. should be heard in St. Maarten, just as the other suspects in this case. Sulvaran said M. did not deserve any “preferential treatment.”

The Court decided on Thursday that the defence has the right to question M. in St. Maarten. The Court, the Prosecutor’s Office and other justice stakeholders are to collaborate to ensure the safety and security of M.

In the Larimar case, Heyliger is accused of receiving approximately US $4 million in total over a period of 15 years while holding public office as a minister, an island council member or an MP.

He is suspected of having used his influence to facilitate the awarding of one or more public-works contracts to Windward Roads, dredging company Devcon TCI Ltd., Volker Construction International BV, and Volker Stevin Caribbean NV in return. The Volker payments were allegedly in connection with the building of the causeway bridge.

Former director of Windward Roads and co-suspect B. also faces an extensive list of charges, including the payment of, in total, approximately $1.8 million, and repairs done to Heyliger’s private home to the tune of NAf. 135,292 to be awarded one or more public construction projects.

M. is also accused of falsifying numerous invoices between 2013 and 2015 to pay a number of companies a total of $627,726 for fictitious work never carried out on behalf of Windward Roads.

Suspects E. and P. are charged with fraud in connection with the sale of a piece of land, the so-called “Mullen property.”