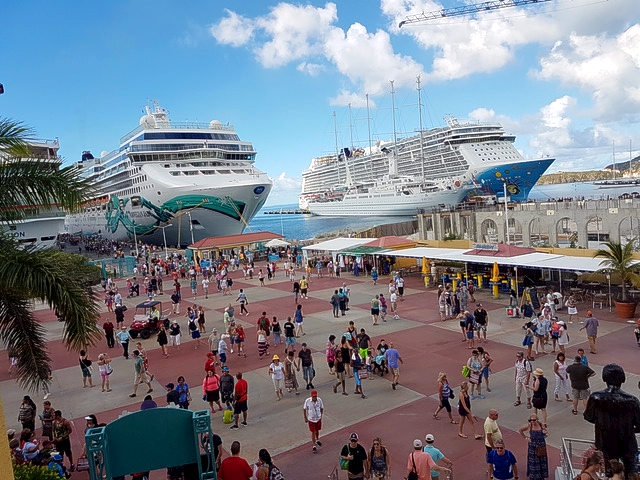 PHILIPSBURG–Royal Caribbean has stated that its ships would not be able to visit Hurricane Irma-ravaged St. Maarten as well as St. Thomas and Key West for some time without giving an indication as to how long they might stay away.

“Given Hurricane Irma’s impact on St. Maarten, St. Thomas and Key West, we will be working on (finding) alternative ports for future sailings until these islands have fully recovered,” Royal Caribbean said Monday in a travel alert for customers posted on its website.

St. Thomas and St. Maarten are two of the Caribbean destinations most visited by cruise ships and integral to dozens of cruise itineraries. Each draws more than 1.6 million cruisers per year. In the Caribbean and the Bahamas, only a handful of ports come close to drawing as many passengers.

The cruise industry narrowly escaped disaster on Sunday when Hurricane Irma rushed ashore along the west coast of Florida. A slight shift in trajectory could have put the storm in line to devastate the world’s three biggest cruise hubs Port Miami, Fort Lauderdale’s Port Everglades and Port Canaveral.

One factor softening the impact of Irma on the cruise industry is that the storm came through the Caribbean during the low season for cruising in the region, when there are fewer ships on hand. September and October is a time when many vessels that spend winters in the Caribbean still are coming back from summer postings in Europe and Alaska.