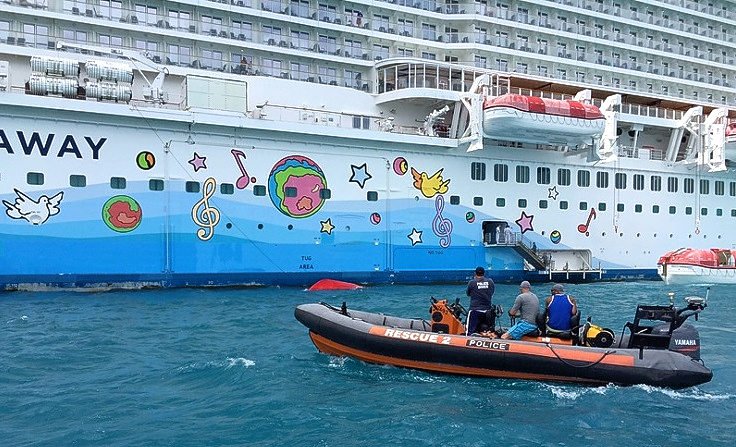 HAMILTON, Bermuda–What was supposed to be a routine drill on the Norwegian Breakaway cruise ship turned deadly Wednesday.

A 41-year-old Filipino was killed and three other crew members were injured, Norwegian Cruise Line (NCL) and the Bermuda Police Service have confirmed.

During the ship’s weekly safety and training drills, a lifeboat broke from its tethering and fell into the water. Four male crew members who were on board the lifeboat were injured during the fall.

They were taken to the King Edward VII Memorial Hospital for treatment, but one later died of his injuries.

His name has not yet been released.

NCL said it was “profoundly saddened by this loss.”

“The company is providing full support and care to those involved and is working closely with the Government of Bermuda and relevant authorities to investigate the incident,” it added.

The Breakaway, carrying 4,300 passengers on a one-week cruise, had arrived in Bermuda from New York Wednesday morning. It will depart today as scheduled, NCL said. ~ Caribbean360 ~