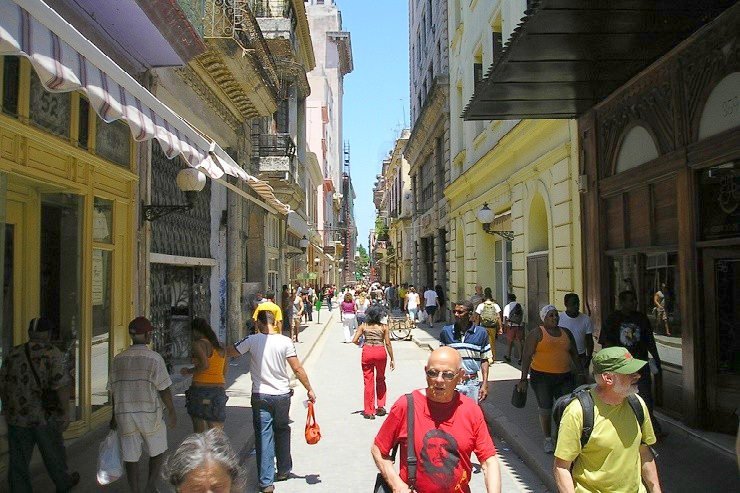 LONDON, England–Cuba has been named among a handful of new hotspots for British vacationers, according to travel and tour operator Thomas Cook.

This was revealed by the firm’s chief executive Peter Fankhauser as he announced the travel company’s annual outlook last week.

The firm reported a fall in revenue with summer bookings down 5 per cent.

Senior analyst at Hargreaves Lansdown Laith Khalaf commented: “Thomas Cook is facing severe disruptions right now, with political upheaval, acts of terrorism, and the fall in the [British – Ed.] pound resulting from Brexit all serving to deter holidaymakers from travelling.”

The disruptions elsewhere nevertheless appear to enhance Cuba’s appeal, with its apparently unshakeable communist regime, zero tolerance for terrorism, and value for money despite the shrinking pound.

Accommodation at a five-star oceanfront hotel can be little more than GBP 100 per night in a package deal, although prices at the top-end resorts can be significantly higher.

All this comes against the backdrop of a Caribbean island that boasts everything from breathtaking scenery and pristine beaches to a wealth of historic sites and the unique charm of vintage American cars wending their way through the streets of the Spanish-speaking country.

Meanwhile, terror attacks across Europe have taken their toll on Thomas Cook, with the company reportedly recording a dip in sales of 8 per cent following terrorist activity and an attempted coup in Turkey, as well as terrorism in Brussels.

According to Fankhauser: “Demand for Turkey has been volatile and remains significantly below last year’s levels.

“We have made further capacity cuts to Turkey for summer 2016 and switched this into alternative destinations including Spain, Bulgaria, Greece, Cuba and the USA.”

The tour firm also recorded “significantly lower demand” in Belgium as a result of the Brussels terror attacks.

Fankhauser said that while Brexit has so far had “no noticeable impact” on bookings, Britain’s vote to leave the European Union has “added to a general sense of uncertainty – for our business and our customers alike.”

Thomas Cook lowered its full-year earnings forecast from between GBP 310 million and GBP 335 million to around GBP 300 million. ~ Caribbean360 ~