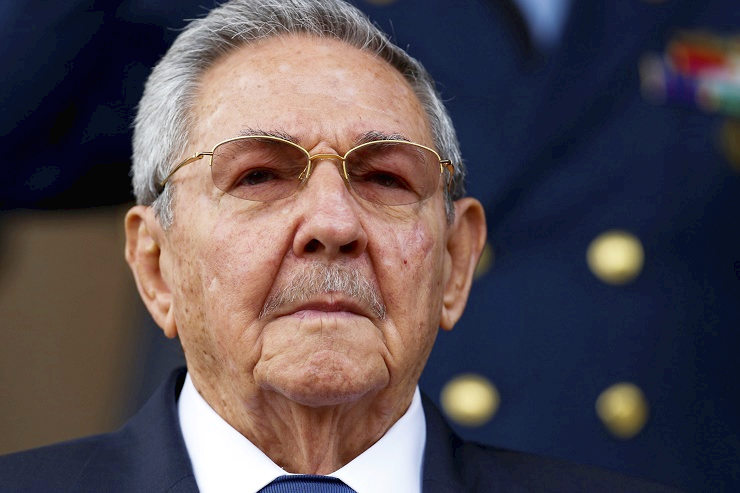 HAVANA, Cuba–In a show of solidarity with long-time ally Venezuela, Cuban President Raul Castro says his country will not return to the Organization of American States (OAS), which he recently called “an instrument of imperialist domination.”

Cuba was expelled from the OAS in 1962, but following a recent thaw in relations with the US it was suggested that the Caribbean communist country might return.

Castro nevertheless appeared to rule that out, offering instead “our most firm solidarity to our brothers the Venezuelan people, to the legitimate Government of President Nicolas Maduro.”

Maduro is currently locked in a dispute with the OAS over opposition demands in Venezuela for a recall referendum.

OAS Secretary-General Luis Almargo said last week that “the institutional crisis in Venezuela demands immediate changes in the actions of the executive branch.”

He has called an emergency meeting of the OAS at which member states will decide whether to invoke the Inter-American Democratic Charter, which could lead to Venezuela’s suspension from the regional group.

The OAS head wants members to evaluate whether Venezuela has suffered an “unconstitutional alteration of the constitutional regime that seriously impairs the democratic order.”

Venezuelan opposition politicians urged the OAS to call the meeting.

Maduro reacted angrily, accusing the OAS of “foreign intervention” and ordering it to leave Venezuela and the Americas.

He also said he would bring charges against the leaders of Congress who had requested the OAS to intervene, saying they had betrayed the nation.

The Maduro Administration has been coming under increasing pressure to work with the opposition-controlled National Assembly to ease the political and economic tension in the South American country.

The two sides have been engaged in a stand-off since the opposition coalition won control of the National Assembly in parliamentary elections in December.

Opposition politicians say their every move is thwarted by the Supreme Court and the National Electoral Council, bodies they allege have been stacked with Maduro supporters.

They say there is no separation of powers and that under Maduro’s leadership and that of his predecessor, the late Hugo Chavez, the judiciary has become an enforcer of the executive branch.

They point to the fact that the Supreme Court blocked key legislation, such as an amnesty law which would have freed jailed opposition politicians, as evidence of what they say is a misuse of power by Maduro.

Opposition politicians also accuse the president of trying to block a key recall referendum which could see Venezuelans vote on whether they want Maduro to finish his term or be removed from office.

A National Assembly delegation met recently with OAS head Almagro to ask him to invoke the Inter-American democratic charter.

Under the charter, the OAS Secretary-General can call a meeting of the OAS Permanent Council to address situations where he or she considers that a member state’s democratic order is at risk.

If two thirds of OAS members consider that Venezuela’s Government has undermined democracy, the country will be suspended from the OAS.

The meeting is expected to coincide with the meeting of the OAS General Assembly in the Dominican Republic between June 13 and 15.

Relations between the OAS and Venezuela have been strained for years but worsened in recent months as Maduro and Almagro traded insults.

Maduro accused the OAS head of being a US Central Intelligence Agency (CIA) agent, while Almagro said that preventing the recall referendum from going ahead made Maduro “another petty dictator.” ~ Caribbean360 ~