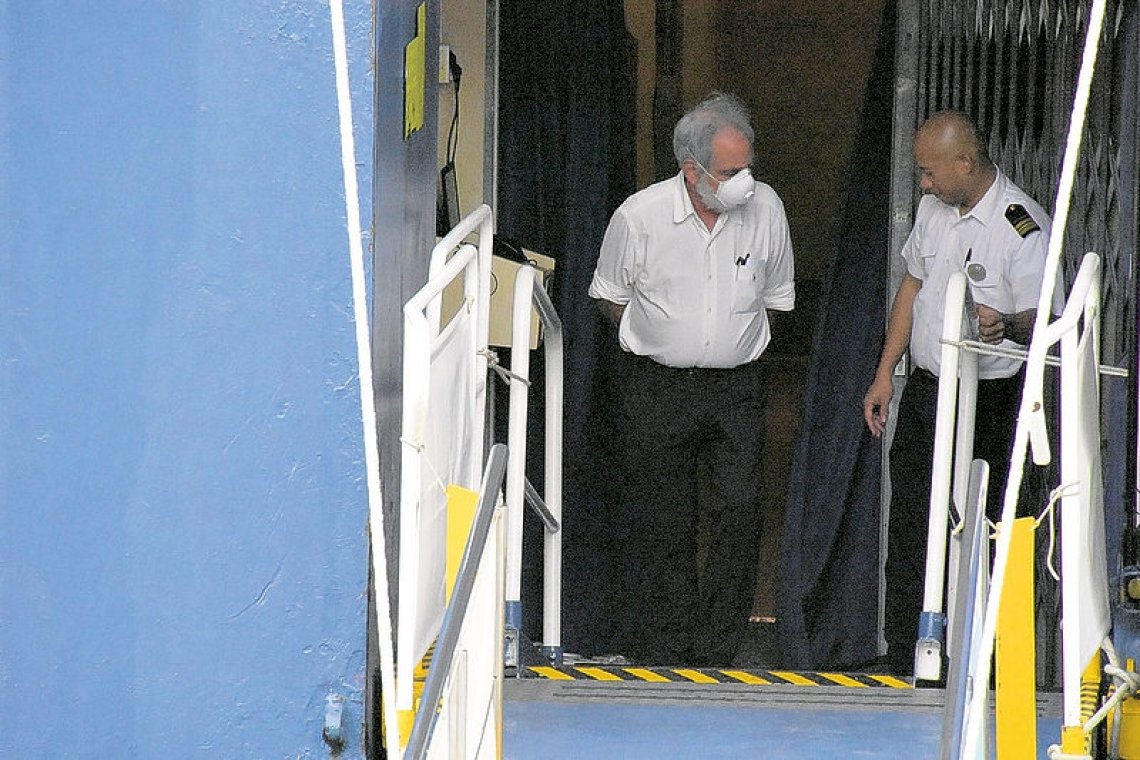 WILLEMSTAD–Epidemiologist Izzy Gerstenbluth confirmed on Monday that two positive tests had been added to the coronavirus cases in Curaçao, for a total of 13.

One has died and one test was inconclusive, meaning that the results have not led to a firm determination. Seven are still active and five have recovered.

“If we do not adhere to the measures, there is a good chance that more infections will be added. If we don’t want to see an increase, we must keep this up for a while. If we come through lockdown through these weeks, we can see how and if we can relax the measures,” said the doctor.

Gerstenbluth also indicated that a video is circulating with an interview with a parliamentarian, which has caused some confusion. “I don’t really want to start a public discussion, but I would like to add some nuance: It is said that there would be more infections. I could never have denied that. It is said that we are hiding things, but the virus is still checked at this time. It is indeed not certain that this is the number of infections, it could be that this is higher.”

“But only three people have been hospitalised altogether, one of whom has died and one recovered. This means that there may not be many more, otherwise more people with serious complaints would be in the hospital. If more were to be tested, more infections could become known, but if you look at the figures worldwide, there may not be many more. For example, Aruba tests much more and also has many more confirmed infections. Curacao has completed approximately 200 tests,” said the doctor.

Gerstenbluth indicated that the focus is on the virus not being able to spread locally anymore, so everybody needs to stick to the measures. More research needs to be done so that if there is another wave of infections, there are more solutions.

“I would like to emphasise once again that only three people ended up in the hospital, this is no more than what the figures worldwide indicate. I hear stories that people are afraid that the virus will spread more, but fortunately, we took early steps to limit it. To ensure the care capacity, we have taken these strict measures so quickly, otherwise, we will not be able to survive with the capacity in the hospital, one or two days later could have been too late. We are no better than the rest, but we had no choice but to implement these measures as soon as possible. It is now to be hoped that this quick decision will bear fruit.”

“It is not true that 80 per cent of people have no symptoms, they have mild symptoms. About 3 per cent have no symptoms at all. By saying such things, you create panic and the idea that it can spread faster than it does is not okay,” added the medical expert during his daily briefing.

Most people who are infected are because people are too close to each other. Therefore, really keep two meters distance. It is not caused by freely airborne particles, but by direct human-to-human contact when sneezing or coughing, for example. Therefore, keep to the two-meter distance. “The way in which Prime Minister Mark Rutte from the Netherlands wants to build up immunity is a strategy that we cannot afford here on Curacao.”

“Most of the face masks do not provide the assurance of not being infected, there is no clinical evidence that face masks help to prevent such. We should not give incorrect information, even with a face mask you are not safe.

“Take a look around, there are not many people sick here on Curacao, so our strategy seems to work. Let’s not get upset or spread information incorrectly,” concluded the doctor.