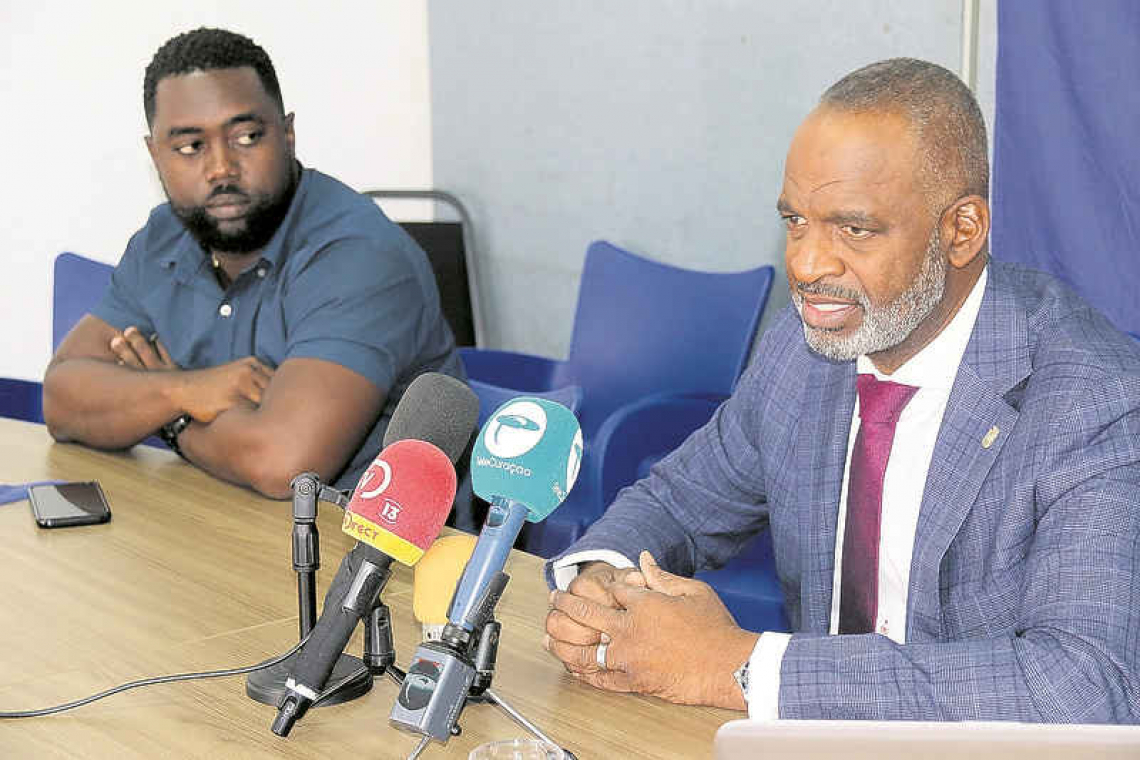 WILLEMSTAD–The Curaçao government announced reaching “a balanced result” with the Netherlands on the conditions for granting more coronavirus-related loans. The Caribbean Reform Entity (CRE) will reportedly get less power and its goal is not only to economise, but also invest in development.

This is evident from a letter by Prime Minister Eugene Rhuggenaath in which he informs Parliament about the results of the negotiations.

It mainly revolved around authorities that The Hague wanted to give. This was considered a serious violation of the Dutch Caribbean country’s autonomy because the local government and legislature would be side-lined.

That has changed in the new proposal, it now appears. “There will be no take-over of legislative and administrative powers. The intention is that the entity will work for and with Curaçao and it is envisaged that frequent consultations will be held,” said the prime minister.

This supposedly means that the reforms requiring new laws and regulations must first get the green light from Curaçao’s Parliament.

Another achievement is that the emphasis is no longer just on cutbacks. The Dutch government will co-invest in the island's economy, including in good education and accessible care, added Rhuggenaath (PAR). “The Netherlands has explicitly committed itself to this.”

The CRE may therefore use money from the liquidity support loans on projects and programmes, as long as it does not affect the authority of the local governing bodies. Furthermore, the board will no longer consist only of people appointed by the Dutch Ministry of Home Affairs and Kingdom Relations. The appointment of one of the three members is to take place in consultation with the prime minister, “so that the board of the entity is ‘representative’ of Curaçao and has an affinity with the Caribbean part of the Kingdom,” he explained.

Throughout the letter, the prime minister refers to the “body for reform and development” instead of CRE. The latter will now be called Organisation for Reform and Development (ORD), in addition to the expectation that Curaçao will soon sign the political agreement with the Netherlands.

After that, the proposal must also go to the Council of State for its review. The next step will then be up to Parliament.

“Parliament can still disapprove the consensus kingdom law in which the entity is regulated, but as soon as the political agreement has been signed, we will start preparations,” wrote Rhuggenaath.

It has also been agreed that the law will end sooner, after six years. And after three years there is an evaluation by an independent committee. If Curaçao and the Netherlands both agree, the law and the entity can therefore also be ended earlier.

Coalition partner MAN too said it would accept the agreement with the Netherlands. Party leader and Minister of Economic Development Steven Martina announced this in a press conference.

In combination with the adapted consensus kingdom law, the MAN-faction in Parliament will back the deal.

Previously, MAN had indicated that it did not want the consensus kingdom law, but Martina now says this is important for the financial support that Curaçao so desperately needs. They are also pleased with the name change, which means the body set up by the Dutch government will function more like a bank in terms of financing.

Its role has also been limited, according to Martina, so there is now no other political authority than the local government.